How We Operate (ATO) 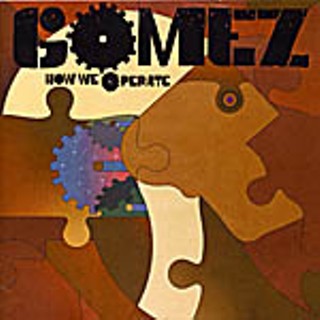 How We Operate (ATO)

Gomez's last release, 2004's Split the Difference, made it clear how the British fivepiece operated, or at least how it would in the future. Their stunning debut, Bring It On, which won the coveted Mercury prize in 1998, was engrossed with eclectic experimentalism, from dub and dancehall grooves to nine-minute explosive roots-rock rave-ups. Over their next three LPs, the fleeting desperation of "Get Miles Away" and horn flourishes of "79 Stone Wobble" were whittled down to radio-friendly, organic rock that mirrored singer Ian Ball's Californication. How We Operate, Gomez's first for Dave Matthews' ATO Records, is a continuation of the group's mainstream makeover that sparkles more like Mae's Everglow than the Band's "Twilight." Instead of the balanced triple attack of vocals and guitar on earlier efforts, Ball's sugary sweet ballads ("Girlshapedlovedrug," "Notice," "Charley Patton Songs") dominate the album. His cliché heartstring lyricism is downright painful to endure ("Cry on Command"), and it proves difficult for Ben Ottewell's gritty vocals and lonesome binges, in particular, to adapt. While the title track is a notable exception, How We Operate only functions well within the constraints the band once defied. (Friday, 5:30pm, Heineken stage)