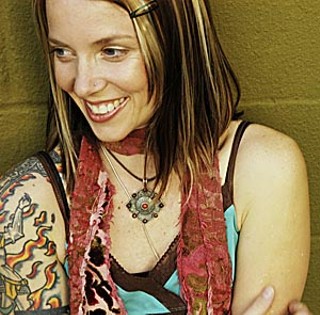 No mere solar flare, Austin's Patrice Pike has enjoyed a comfortable tenure as a local musical heroine, first as the frontwoman of the jammy Little Sister (later Sister 7), then as the leader of the more contemporary-sounding Patrice Pike & the Black Box Rebellion. She's always been on the musical radar here in River City, but after a decade as a local luminary, Pike found herself seeking a Big Bang.

"I felt like I had created a bubble for myself in Austin," explains Pike. "I felt like I lost a bit of my edge in terms of doing crazy, creative things."

This feeling led Pike to CBS reality show Rock Star: Supernova, a dramatic, televised audition for the lead singer of a celebrity band comprising Tommy Lee, Jason Newsted and Gilby Clarke. While nothing yanks a gal out of her comfort zone like being judged on television every week, the real challenge is conveying who she is as an artist, from the clothes that she wears to her musical choices.

"I'm willing to take risks in order to communicate where I'm coming from," reckons Pike. "If they have witnessed all this stuff and don't see me in the picture, then that's fine."

In the end, they didn't; Pike was eliminated two days after we spoke, and while she has no idea what to expect from life, post-Rock Star, her new, still-untitled album drops this fall. "I'm a different person now. I'm really fired up now about performing and songwriting," she says. "I have a new perspective on the same things I've always done."

Patrice Pike might have left the Supernova mansion in defeat, but she also left her old life light years away.