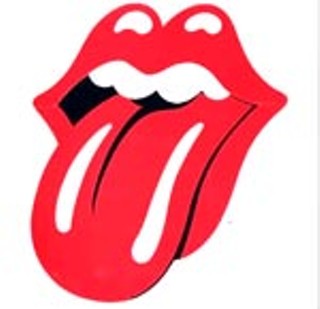 Once upon a time, a rumor that the Rolling Stones' Voodoo Lounge tour would stop in Texas Memorial Stadium, for the first concert on the Longhorns' home field since ZZ Top's infamous 1974 Barn Dance, got TCB his maiden front-page Daily Texan byline. Sadly, the show was not to be, and UT's outdoor concert drought was instead broken by the Eagles. Correcting a 12-year injustice, the World's Wrinkliest Rock & Roll Band announced Tuesday that, provided Keith Richards doesn't fall out of any more trees, the fall 2006 leg of their A Bigger Bang tour will include the Stones' first-ever Austin show Oct. 22 at Zilker Park. Ticket information and support acts are TBA, but since the promoter is none other than Austin City Limits Music Festival producers Capital Sports & Entertainment, even money says Lance Armstrong introduces the band. Equally likely is that CSE asks former Stones opener Los Lonely Boys to repeat, but the San Angelo trio made headlines of their own when bassist JoJo Garza was arrested on misdemeanor charges of family disturbance and possession of marijuana before the Boys' Stubb's show last Saturday. The trouble started when someone at the downtown Omni, where the band was staying, registered a noise complaint and police were called to Garza's room. In a statement Monday, Los Lonely Boys' attorneys said the disturbance resulted from a "misunderstanding" between Garza and his fiancée, the bassist was detained despite her protests, and she exhibited no evidence of injury. (They declined to comment on the marijuana charge.) Garza was released on a personal bond in time to play the sold-out show. Finally, Brooklyn noisemakers TV on the Radio, replacing Donavon Frankenreiter, will join Los Lonely Boys and about 125 other acts at the ACL festival. Only single-day tickets remain for the Sept. 15-17 event.

STICK A FORK IN 'EM

It's probably safe to say that, unlike Austin's Voxtrot and Spoon, Sound Team won't be invited to play the Pitchfork Music Festival anytime soon. Last month, the influential indie-rock Web site awarded the local sextet's Capitol debut, Movie Monster, a middling rating of 3.7 out of 10, although the reviewer seemed much more interested in the forthcoming movie Snakes on a Plane than the album itself. The band responded with a short film on YouTube.com wherein a doll labeled "Sound Team" is repeatedly stabbed with a pitchfork, tossed off a cliff, and set on fire (though, oddly enough, not snakebitten). Juicy feuds like this don't come along every day, so TCB broke out the good ol' crystal ball.

MONDAY: Pitchfork gives Sound Team's mobile performance a 2.4. "Worse than watching Snakes on a Plane with my eyelids glued open," writes the reviewer.

AUG. 18: Sound Team plays a miniset of "Snakes Crawl at Night," "Long Snake Moan," and "Fattening Frogs for Snakes" at the Alamo Drafthouse's Snakes on a Plane premiere party.

AUG. 20: In an exclusive Misprint interview, Sound Team announces they have uploaded a virus that diverts all Pitchfork traffic to the Snakes on a Plane home page.

BEYOND THE BACK ROOM

The Back Room is eulogized plenty in the pages to come, with good reason. Consider this: The Riverside Drive venue, which opened in 1973, is as old as doomed NYC punk shrine CBGB; moreover, both were ultimately felled by skyrocketing property values. But the Back Room's true value goes well beyond money. It inspired a degree of loyalty in its staff, performers, and patrons practically unheard of in the cutthroat nightclub industry. Often to its financial benefit, but sometimes not, it was consistently willing to program genres and styles shunned by trendier venues. Because of this, it was one of the few clubs in town whose clientele comprised a true scene – and without bending over backward to make sure everyone else knew about it.

Though the Back Room has booked as much mainstream rock and pop-punk as anything else for some time now, and though its most profitable shows over at least the past year have been hip-hop, it will forever be synonymous with metal. And the metal scene it nurtured for so many years is thriving like never before. Local metal is on TV with public access' Pure Metal Sickness, on the radio with 101X's No Control, in print with The Edge, Whoopsy!, and Reloaded, and in the clubs at Redrum, Headhunters, Red Eyed Fly, and Room 710. The one place it's not, it seems, is at the same dinner table as some of Austin's more celebrated genres.

"It's booming. It really is," says Tammy Moore, who began booking Redrum in January after two separate stints at the Back Room. She reels off a long list of bands populating this resurgent scene: Course of Ruin, Hatchetwork, Closed Hand Promise, By Any Means Necessary, Shrapnel, Mevyn, Images of Violence, Vesperian Sorrow, Pleasant Valley, Meet Fist. Most, if not all, she insists, deserve not just local but national attention. One side effect of the Back Room's closing, Moore notes, is that it has forced the Austin music industry at large to finally pay attention. She just hopes it sticks.

"That's exciting to me, because one of the main things I want to happen is for the city to take the genre seriously," she says. "These guys are real moneymakers."

Although the game side will remain open on a month-to-month basis for up to two more years, the Back Room's musical side signs off this weekend with an all-day barbecue and rock show Saturday (see schedule) and one last local hip-hop blowout Sunday with Basswood Lane, Nac & Swift, Casino & Gutta Gang, C-Note, Rob G, 3rd Degree, and many more. In the end, like CBGB, it was just a building, albeit an unusually long-lived one in a business where clubs come and go like the tides. What went on inside that building, however, for most if not all of the Back Room's 33 years, provided a wealth of lessons the rest of our beloved music scene would do well to learn.

Hometown Rock Star: Supernova contestant Patrice Pike had her first real brush with drama last week when she and blond roommate/drama queen Jill Gioia squared off over who would sing "Helter Skelter." Pike won the argument after asking Gioia, who wavered between the Beatles tune and several others, "Are you passionate about it? Because I'm passionate about it," prompting the inevitable catfight comments from Tommy Lee. The Black Box Rebellion singer led off last Tuesday's episode with a powerhouse rendition of the song that Lee dubbed "worth fighting for." (To be fair, Gioia likewise did a bang-up job on Free's "All Right Now.") Currently, Cheapo Discs' pool has Pike at 10-1 odds to win the competition; Supernova airs 8pm Tuesdays and 7pm Wednesdays on CBS.
More TCB columns