Better Git It in Your Soul

Charles Mingus Among Us 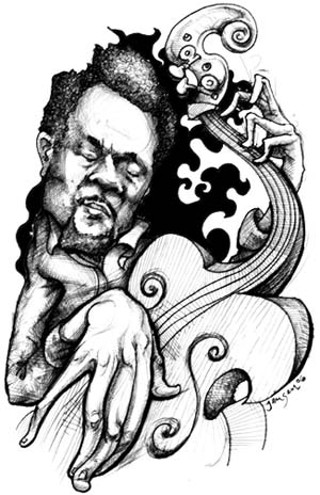 Why should anyone listen to Charlie Mingus today? Well, for one thing he assembled an amazingly rich and varied body of work in a career that lasted from roughly 1940 to the late 1970s. He was an innovative composer and bassist and had one brilliant band after another that left a wonderful legacy of recordings, many that sound far out today. Those are some of the impressive accomplishments that anyone seriously interested in music should be aware of.

Mingus was born in 1922 on an Army base in Arizona and raised in the Watts district of Los Angeles. His interests ranged from gospel music to the classical compositions of Igor Stravinsky and Arnold Schoenberg. As a young man, he studied classical bass with Herman Rheinschagen, learned about composing from Lloyd Reese, and produced pieces around 1940 that were so advanced that they weren't recorded until decades later. In that same noir decade, he played with traditional jazzmen Louis Armstrong and Kid Ory. An early and continuing influence on him was Duke Ellington. In 1946-48, he was with Lionel Hampton, who recorded one of his pieces, "Mingus Fingers." He also recorded some of his compositions under his own name around that time that feature a synthesis of jazz and classical music.

Mingus first gained attention as a member of Red Norvo's trio, an early chamber jazz band, in 1950-51. The following year, Mingus moved to New York City, finding the music scene more stimulating than the one in Los Angeles.

While in the Big Apple, Mingus and drummer of legend Max Roach founded Debut Records, on which the bassist recorded not only some of his best material, but the early work of some excellent young jazzmen, including pianists Paul Bley and John Dennis. Bley went on to become internationally acclaimed, but Dennis, an amazing artist, died young, his only recorded work being on Debut. Again you can hear the influence of classical music on some of Mingus' compositions on Debut. He was a "Third Stream" artist before the term was coined and influenced other jazz artists to use elements of classical music in their creations. Mingus also released the Jazz at Massey Hall concert on Debut, playing with Roach, Charlie Parker, Dizzy Gillespie, and Bud Powell.

In 1954, Mingus recorded with some of jazz's finest avant garde improvisers, including trumpeter Thad Jones, alto saxophonist/clarinetist John LaPorta, and tenor saxman Teo Macero, who later became a renowned record producer. La Porta and Macero were also excellent composers and with Mingus became known as members of a "jazz workshop." Some of their finest collaborative efforts were captured on two Period 10-inch LPs, entitled Jazzical Moods, volumes one and two. Here Mingus' hornlike bass solos can be heard, as well as some lovely piano work, which he seldom recorded.

Not only avant gardists worked with Mingus in the mid-Fifties; many were post-boppers, and he often brought out the best in them. Alto saxman Jackie McLean and tenor saxist J.R. Monterose joined Mingus in 1956 on his superb Pithecanthropus Erectus for Atlantic Records. Post-boppers didn't play their usual when playing with Mingus. They stretched to meet the requirements of his compositions, which often resulted in their becoming better improvisers.

Mingus' efforts had a broader audience appeal than most experimental art. In the late Fifties, he recorded for some big labels, including RCA, for whom he made his wonderful Tijuana Moods album. Here his compositions sometimes evoke Mexican music. Also of interest on the album is the piquant playing of trumpeter Clarence Shaw, one of the most original trumpet stylists to emerge from said decade. Pianist Bill Evans makes one of his early recorded appearances here as well.

Mingus' big breakthrough albums were made for Columbia, however, in 1959. They're impressive, containing such lovely pieces as "Goodbye Pork Pie Hat," a tribute to Lester Young; "Self Portrait in Three Colors"; "Diane"; and "Far Wells, Mill Valley." One reason the Columbia albums were so popular is some obviously earthy tunes that appeal to the relatively unsophisticated listener. The jumping, gospelish "Better Git It in Your Soul" was perhaps the most popular of the tracks that Mingus cut for Columbia, a really infectious foot-stomper. Mingus was into down-home stuff in the late Fifties and early Sixties.

In the midst of that between-decades swing, free jazz and allied music began impacting Mingus' music. I own a private live 1955 recording of Mingus with John LaPorta on which they do a free-jazz performance. Mingus, though his music was advanced, did not concentrate on free performances.

In 1960, flutist/alto saxophonist/bass clarinetist Eric Dolphy gave Mingus' group a big lift when he joined it. Dolphy was one of the most accomplished and versatile improvisers of his time, and the fire with which he played energized the whole ensemble. Mingus continued with a fine band in the Seventies, including trumpeter Jack Walrath, tenorman George Adams, pianist Don Pullen, and drummer Danny Richmond. Richmond had been with the bassist off and on since the Fifties until Mingus' death in 1979 of ALS. Afterward Richmond sparked a Mingus tribute band, Mingus Dynasty. 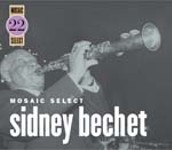