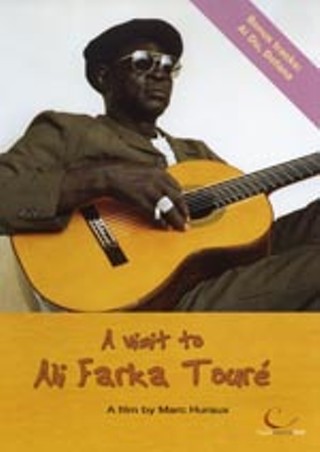 Thirty minutes into Marvin Gaye, The Real Thing in Performance 1964-1981 (Hip-O/Motown/Universal), which begins with vintage black-and-white lip-syncs wrapped around color interview footage from Dinah Shore, up pops the Les Paul of bassists, James Jamerson, plucking away next to Gaye in a live performance excerpt from 1972's long lost theatrical release Save the Children. Unreal. So's follow-up "Come Get to This" and "Let's Get It On," live in Belgium, 1981, winner in the Who's the Man! sweepstakes. The 1979 TV clips offer sad or hilarious, but you'll never out-nostalgia Gaye and Tammi Terrell acting "Ain't No Mountain High Enough" like the French New Wave... Chuck Berry: Hail! Hail! Rock 'n' Roll (Image/Universal) paces better as a sly psychological doc than the all-star concert that comprises the bulk of Taylor (Ray) Hackford's 1987 big screen bio. Rock & roll's first poet locks horns with his first disciple, Keith Richards, while the Chuck Berry of the piano, Johnnie Johnson, looks on sleepily. Three of a kind. A second disc becomes the film's new alter ego: one hour of "Bizarre Tales of the Making of HHR&R," and another of primo jam outtakes... A Visit to Ali Farka Touré (Digital Classics) feels more like a social call from a departed elder, haunted but reassuring. The Grammy-winning Malian guitarist, who died of bone cancer in March, comes to life in an hourlong French documentary from 2000, on Touré's home turf just south of Talking Timbuktu, where blues hypnotize as sure as the sun, sand, and struggle. Lean, though no less nourishing, two additional live performances prove a true bonus of Touré's much-mourned higher plain... Emerald Isler Gary Moore and his Les Paul burn a hole in new platter Old New Ballads Blues, playing tribute to Willie Dixon and Otis Rush, but concert visuals honoring another bluesman just plain smoke. One Night in Dublin, a Tribute to Phil Lynott (Eagle) sounds a bit specious, yet unveils a celebrated addition to the Thin Lizzy legacy. Staged on the occasion of said Irish capital's erecting a statue to the rocker, the 2005 concert bristles with Moore's biting vox ("Emerald," "Black Rose"), megawatt shredding, and Lizzy drummer Brian Downey. Eric Bell's guitar and vocals on "Whiskey in the Jar" are a bracing shot.