This Be an Empty World Without the Blues

So Clifford Antone filled it 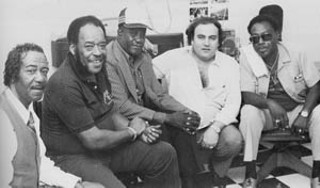 The first time I met Clifford Antone, he sold me a sandwich.

He had opened a shop on Guadalupe, right around the corner from the first office of the Austin Sun on 15th Street, bringing his family's business in Houston to town. It never really felt like just a sandwich shop though. Something else was going on in there with Antone and his companions. They were listening to records all the time and even had a few instruments stashed in the back. And it wasn't just any music. It was blues. That was all I needed to start a 32-year friendship with the man who did as much for Austin as anyone I've ever met.

He believed in the blues like he believed in breathing. In fact, I don't think Clifford could have lived without his holy sound. It gave him the power of soul and allowed him to become a man of substance, someone who could walk into a room and fill it with feeling. Sometimes, at night, I'd run into him at Inner Sanctum on 24th Street, his arms full of records like they were groceries, and maybe singer Angela Strehli would be with him, pointing out the LPs meant to change his world.

The air was always a little different around Clifford, like it was charged with blues ions or some other gravitational pull. It was clear he was a man on a mission, one that had nothing to do with sandwiches. He was hungry to immerse himself in the music of Muddy Waters, B.B. King, Albert Collins, Jimmy Reed, Eddie Taylor, Hubert Sumlin, Luther Tucker, and 100 other blues heroes, men who Antone believed deserved to be heard, and even more important, to be respected. Clifford believed in it enough to stake his life on it.

It wasn't a long distance from the sandwich shop to the downtown corner of Brazos and Sixth Street. In 1975, a few tremors had gone out that someone was opening a new club, one that was going to be different from the Armadillo, Soap Creek, Rome Inn, Split Rail, Bevo's, or any other place in Austin. It was going to feature strictly blues and it was going to be called Antone's. Now you're talking. One day at the Sun, I got a phone call inviting me to the opening night. In all my years at the paper, it's the only time a club owner ever called. Clifford said his new place was going to make history and I should be there to witness it. 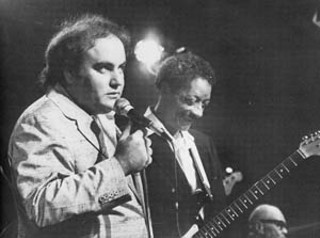 That night in 1975, Clifton Chenier & His Red Hot Louisiana Band tore the night into a 1,000 pieces, blew every mind in the room, and established beyond any reasonable or unreasonable doubt that something had definitely happened. Austin would never be the same. Outside of all the sounds that made the city so magical, now the blues had a real home. The next weekend, I believe, Percy Mayfield came to town. His first night there, the four of us in attendance sat at a table with him right before he opened a weeklong stand to an empty room. It didn't matter. One of the greatest songwriters of all time, someone most music fans couldn't pick out of a lineup to save their lives, was in Austin and ready to save souls.

I knew instantly that evening what a huge gift Clifford was giving us, and watched for the next few years as he ran a one-man blues crusade open to anyone with the ears to hear and a heart to heal. For those of us who were desperate for blues and all its soulful offshoots, that corner became mecca and did what music is truly meant to do. It saved our lives.

Those nights when the room was on fire, with anyone from Fats Domino to Otis Rush up on the bandstand – or local luminaries like the Fabulous Thunderbirds and Paul Ray & the Cobras and Angela Strehli and any other player worth their spirit and willing to lean into those infinite chords and words – it was like hundreds of people were all in on the best secret in the universe. Outside, a world of trouble could be waiting, but inside Antone's the evening was our prize, right up to last call. Clifford would hold court, walking the room in his starched oxford shirt and dark slacks, always with the shirttail out. Any number of his Port Arthur pals would be right there with him. It wasn't really like Austin, more like an entire world he made through sheer will and hard work.

Like all mystical moments, it ended when Antone's was forced to move far north to Anderson Lane. Somehow, out there, the room became labored, and even the music didn't sound quite right. I left Austin right around the time the club moved again, to Guadalupe near the UT campus, but always managed to pay a visit on trips back home. Clifford would be there, with a big hug and fevered words about some incredible new musician he'd heard or that the amazing Hubert Sumlin was going to play later that night, or how Denny Freeman was the greatest guitarist alive and it wasn't fair that every single person didn't know it. Not once did he ever lose his insatiable appetite for the blues, or the ability to spread his excitement to all within earshot. Some of his legal troubles started shortly after, but he never mentioned them, instead keeping his eye on the prize that was on the bandstand, or about to come to town the next week.

I would always find Clifford when I was in Austin, because in so many ways he was my touchstone. He reminded me not only what we had gone through together in the 1970s on our lifelong musical quest, but even better, he gave me strength to believe in what I know is true: The blues are the best friend a man can ever have.

I was sitting in a theatre in Los Angeles 20 years ago watching a production of August Wilson's Ma Rainey's Black Bottom. Right in the middle, a line stopped me cold: "This be an empty world without the blues." When I heard the actor speak those words, I thought of Clifford and how of all the people I knew, he was the one who would know completely what Wilson meant. 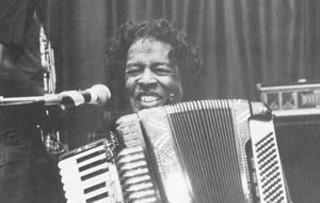 The King of Zydeco, Clifton Chenier (Photo By Susan Antone)

I think now of all those nights listening to music he brought to town, out of the simple belief that this great American art form needed to stay alive, and if he was the one who had to help make that happen, then he'd do anything to make sure it did. Sometimes, when we're really fortunate, we get to live alongside these giants, and catch some of the eternal light they shine our way. Thanks to Clifford Antone, that light lit up Austin for more than 30 years and made the city shine around the globe. Not bad for a young man who once sold me a sandwich.