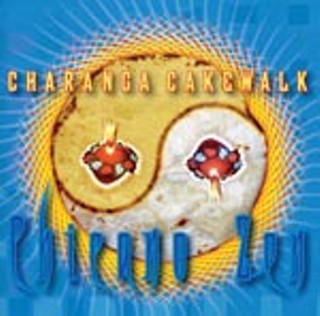 Word is out that Charanga Cakewalk's second album is as good as the first, but that's wrong. Chicano Zen is sublime. From start to finish, it delivers a jaw-dropping rhyme of memory, spirit, and clear-eyed reality. While Michael Ramos – Cakewalk's master musician – leans toward electrified cumbias, here he dabbles with a variety of Latin rhythms, bending, zapping, and shape-shifting to create a blazingly distinctive sound. Chicano Zen begins with the wonderful title track, an invocation of Chicano cultural icons, starting playfully, then skillfully gliding into a driving pulse. And it only gets better, thanks in part to Lila Downs, Becca Rodriguez, and Martha Gonzalez, who lend their seasoned vocals, as do Ruben Ramos and Patty Griffin in the enchanting "No Soy Feliz." Davíd Garza, Luis Guerra, Max Baca, Celso Duarte, and others sit in as well, adding perfectly calibrated vocals and instrumentation. "Gloria," the most conventional song on the disc, is as close to an old-school ranchera as you'll get, until it reaches its intoxicating bridge, where (as Ramos writes in his liner notes), "the accordion, violin, and cello have a three-way conversation." With Chicano Zen, Charanga Cakewalk improves on its prior outing by creating something to talk about.