TCB enters the political arena with Neil Young's new album, Trail of Dead behind the Iron Curtain, and a hipster pop quiz 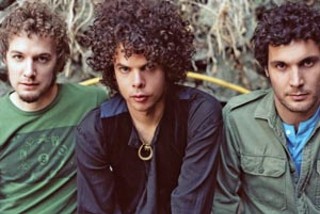 On an otherwise innocent Monday night, it's a music geek's worst nightmare: the Subways at the Parish, Art Brut at Emo's, and She Wants Revenge at Stubb's – not to mention Aussie SXSW stars Wolfmother at the Parish the night before. Since that $100 gasoline rebate check from Uncle Sam won't show up for a while, this handy TCB quiz will help you figure out at which show you belong.

1 How did you hear about the show?

a) Saw tour dates on Pitchfork.com

2 Getting dressed for the show, you wear:

d) What you woke up in, black low-top Converse

3 You managed to get on the guest list plus one. Who do you ask?

b) The temp at your office with red-streaked hair, nose ring, and lower-back Virgin Mary tattoo

c) The sarcastic discussion leader in your History of Film seminar

4 How are you getting there?

c) The 2006 Toyota Prius your parents got you for graduation

d) The airbrushed 1978 Econoline van you inherited from "Uncle Dave"

5 You stop off for a drink before the show. Where?

d) Nowhere, that's why you stashed the sixer of PBR under the passenger seat

6 Standing in line to get in, what's on your iPod?

a) Arctic Monkeys, Everything They Say I Am, That's What I Am Not; Kaiser Chiefs, Employment; the Vines, Vision Valley

mostly a) The Subways: Enjoy, because you'll probably have forgotten all about them in six months.

mostly b) She Wants Revenge: A crowd of people with similar self-esteem issues could mean an end to your months-long scoring drought. Don't count on it.

mostly c) Art Brut: At no point during the evening should you crack a smile or otherwise indicate enjoyment.

TO RUSSIA MY HOMELAND

Coinciding with the Russian release of 2005's Worlds Apart, Austin noisemongers ...Trail of Dead spent Easter weekend as ambassadors to Moscow, where they stayed in a hotel built by German POWs and encountered a warmer than expected reception. "I guess they don't have many bands coming over there," figures singer/guitarist Conrad Keely, who laughs that ELO's original lineup played the same club a few days later. Their experience ran contrary to what Buzz Osborne of the Melvins and Fantomas told them earlier that week in Vienna. "We all went over there expecting the absolute worst," Keely says. "We thought it was going to be totally dangerous and seedy, and nothing happened." Even the famously forbidding Russian weather was less than frigid. "I brought scarves and a coat, and I was frankly overdressed," chuckles Keely. The band toured the Kremlin, but Red Square was closed for Easter, so they couldn't view Joseph Stalin's remains. "You can see his corpse, and his hand is connected to a little motor, so it kind of salutes you," shivers Keely. Once back in the States, Trail of Dead immediately resumed putting in long hours in their Mob House studio finishing up their next album. "It's coming out pretty wacky," Keely says. Like a Hurricane: Neil Young at SXSW 06 (Photo By Gary Miller)

It's been three bloody years since George W. Bush declared "Mission Accomplished" in Iraq, and speaking out against the president and/or the war is suddenly pop's hottest trend. Pearl Jam's new "World Wide Suicide" dominates rock radio, Bruce Springsteen blasted "President Bystander" at Jazzfest last weekend and, apropos of ... something, Madonna chimed in at Coachella with, "Just go to Texas and suck George Bush's dick." Even the Dixie Chicks are back with the petulant "Not Ready to Make Nice," but no one has garnered more media attention than Neil Young, who posted his new album Living With War on his Web site last week. (It's in stores May 9.) Young wrote and recorded the album over two weeks last month, not long after SXSW Managing Director Roland Swenson said, "Neil, we need a new song [like 'Ohio']" in his introduction to Young's keynote speech. "I haven't heard that mentioned [as a reason] yet, so that's probably something I shouldn't speculate on," says former Austin Sun writer Bill Bentley, who recently left his vice-president position at Warner Bros. after 20 years to handle publicity for Young. ("I'm sure it wasn't any one thing," agrees Swenson.) Whatever its origin, Living With War "feels like the record of its time," offers Bentley. "We sent out just a few advances a week ago, and the response has been overwhelming." With songs like "Let's Impeach the President," "Flags of Freedom," and an "America the Beautiful" performed a cappella by Young and a 100-member choir, it's guaranteed to stir up debate. "Regardless of which side you're on, I think this kind of album opens a discussion in a way that's been a little lacking," Bentley says. Young, whose Heart of Gold concert film is due on DVD soon, joins his Crosby, Stills, and Nash cohorts on this summer's Freedom of Speech tour, but no Texas dates have been announced. 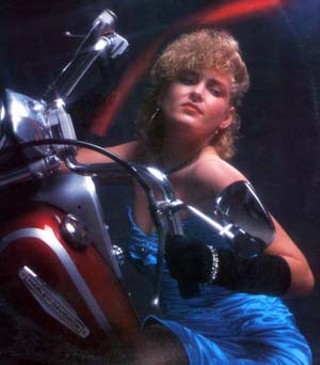 Local singer Julie Burrell, who won the 1994 Austin Music Award for Best Jazz Artist, passed away last Tuesday. The cause of death was undetermined, but friend Steve Craddock says Burrell, 42, was on an extended Central Texas visit from Southern California to try and recover from two recent bouts of pneumonia. Born in Houston, Burrell attended junior and senior high school in Manor and left home briefly at 17, moving to New York to audit classes at the Julliard School. Burrell studied classical piano, wrote the music for Episcopal hymn "Let Him Reign" at age 12, and later toured with the Stray Cats, Gregg Allman, and Johnny Winter. She ultimately found her true calling as a torch singer. "My brain grew," she told Austin Blues Monthly in 1995. "I got bored with 12-bar, 1-4-5 progressions and power chords." After winning another Austin Music Award in 1997, Burrell relocated to Long Beach, where she released the CD Juliejazz in 1998 and later worked with Quincy Jones. "Not only was Julie a beautiful woman with an amazing voice," says Craddock, "but she also possessed one of the keenest intellects and sharpest wits I ever encountered."

Close friends say Don Walser's health is fading fast, but the legendary Austin singer is at home, alert, and eager to receive visitors. Contact the family at www.donwalser.com... Congratulations to Waterloo Records owner John Kunz and longtime girlfriend Kathy Marcus, married in a surprise ceremony at the Broken Spoke Sunday, and serenaded by the Joe Ely Band, Jimmie Dale Gilmore, and Ponty Bone... The hilarious video for Willie Nelson's "Cowboys Are Frequently, Secretly (Fond of Each Other)," featuring Burt Reynolds and a whole lotta line-dancing cowpokes, is available at iTunes... Bruce Robison and Kelly Willis, Billy Joe Shaver, and the Dixie Chicks urge Texas voters to "Save Yourself for Kinky" at www.kinkyfriedman.com/multimedia/_video/kinkytoon_03. One of your final chances to sign Friedman's ballot petition is today (Thursday) at the Continental Club.
More TCB columns