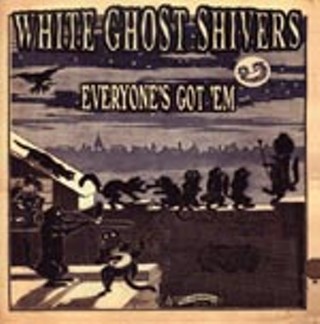 Too bad HBO canceled Carnivàle, its supernatural drama wherein God and Satan used Depression-era showfolk as chess pieces, because Austin's White Ghost Shivers would've been naturals for a cameo. Born in Storyville's hot-pillow houses, gangster-clogged Chicago gin mills, and backwoods hillbilly hoedowns of the last century's earliest decades, WGS' bawdy sound is Americana in the raw, with an appetite for sex and sin as lusty as their Dixieland-derived licks. Yet it's somehow hard to imagine the Preservation Hall Jazz Band breaking into "Orange Blossom Special" like the Shivers do on "Shivers' Stomp," or mouthing the X-rated lyrics of "My Land." (Somewhere in South Austin, the Asylum Street Spankers are smiling.) When the lights go dim, the frisky trumpet-clarinet-fiddle-banjo-kazoo-accordion-upright-bass interplay – there are eight Shivers in all – cedes centerstage to Cella Blue's cat-on-a-hot-tin-roof vocals, torching up ballroom belly-rubbers "Weed Smokers Dream" and "Strictly Ornamental." Best enjoyed with a shot of rotgut hooch and a puff or two of that old debbil weed, two subjects the Shivers are hardly strangers to, Everyone's Got 'Em is a hot-blooded tribute to a less constrained time and place, and a reminder that the vices that created such wonderfully boisterous music have hardly disappeared. (CD release: Friday, April 28 @ Parish)