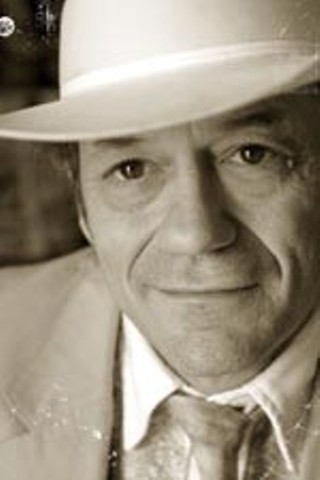 It's a crisp Austin Saturday night and cars are sprawled up and down Burnet Road in the vicinity of Ginny's Little Longhorn. Inside the boxcar-shaped bar, hipsters, oldsters, cowboys, Latinos, and middle-aged married couples are shoulder to shoulder, wall to wall, with only a tiny space in the corner for the fourpiece band and a couple trying to dance. Around back, there's a huge white tent set up to shield a gaggle of smokers from the elements, along with a white pickup where Hugh Woodard, James Hand's road manager, is selling CDs off the tailgate.

The occasion is a record release party for The Truth Will Set You Free, Hand's debut for internationally renown roots music label Rounder Records. The scene is damn near futuristic given the past decade, when Hand would play for 10 people at his weekly gig in Babe's on Sixth Street. One thing that hasn't changed, however: the music. When Hand sings his dark, world-weary songs, it stops everyone within earshot in their tracks. He makes traditional country that's so lonesome it will make you – and sometimes him – cry.

At first, people think they're witnessing the resurrection of Hank Williams. Hand is similarly lean, hence the nickname "Slim," and also possesses a suffering wail of a voice filled with pain and wonder. Only this isn't an imitation.

"All this Hank Williams stuff, I can tell you this," Hand says adamantly. "There's a lot of singers that want to be haunted. I don't give a damn about being haunted. But for where I am, from where I've been to where I want to go, I just want people to know that I ain't no Hank Williams. I'm James Hand."

Indeed he is, and has been throughout a long, hardscrabble existence ("Where the Shadows Are Deepest," Music, May 5, 2000). Hand has notched a life that's perhaps best expressed through traditional country music. Circumstances have changed somewhat in the last five years, but even today it's obvious Hand still runs with demons.

A couple weekends later, it's children doing the rampaging, at Ruta Maya on South Congress. Hand is unruffled by a tumult. Topped by a white cowboy hat, his leather coat can't suppress a colorful print shirt, matching tie, and ostrich-skin boots. His grip is ranch-hand firm, Hand sincere to the point of being disarming. He thinks hard about the questions posed and speaks haltingly, choosing his words carefully. A lifelong resident of the tiny burg named Tokio, located a few miles outside of West, itself about 15 minutes north of Waco, the 53-year-old singer claims to have written thousands of songs since his mid-teens.

"It's not all I can do," states Hand. "I'm a pretty fair horse trainer. But it's what I've got to do. And I'm not talking about someone pointing a gun to my head and saying, 'You've got to do this.' I believe that God has put them inside of me. I've said this many times before: I don't write no songs, life writes them. I just try to remember the words."

Between the release of 2000's Evil Things and 2004, Hand scuffled, playing gigs around Texas, including residencies at the Continental Club and Saxon Pub. He suffered a setback when his mother passed away in 2002. It was during this period that local music booster Sharon Sandomirsky urged Rounder's Ken Irwin, one of the label's founders, to check out Hand. Irwin resisted until he heard a KUT Live Set Hand had recorded. At SXSW 04, Irwin met with Hand, and not long after they agreed to work together. Irwin says his initial reaction to seeing Hand play was, "How is it that the world hasn't heard of this?"

"They were the only record label that ever approached me," Hand states.

Rounder brought in Ray Benson and Lloyd Maines to produce the project, recorded at the Asleep at the Wheelman's Bismeaux Studio. Hand used his own band, augmented by Maines on pedal steel and Dobro, guitar master Redd Volkaert, and Asleep at the Wheel's fiddler Jason Roberts.

"The whole process took over two years," Hand recounts. "But when it really got down to serious business, my daddy had cancer, and I called them and told them that 'I ain't leaving.' For 60 days I didn't leave his side."

He claims that 80% of the vocals were recorded in a four-hour session when, "Ray said, 'You need to get your ass in here and do them.'" Now that the album is in stores, Hand is adjusting to the spotlight.

"I ain't happy until I make someone else happy," he nods. "If someone shows the least amount of faith in me, I'll do all I can for them. I'll stand outside and fight the demons off as hard as I can. When someone has no faith me, then why should I? Now the record label and other people around town have rallied behind me. I want to do right by the world."

Irwin stresses, "We can open some doors, but he's the one that has to walk through them."

One of the results of Hand's appearances during SXSW was signing with a booking agent. The cowboy's first tour of Europe is in July. There's also a documentary on his life in production, headed by Rich "Slab" Chapla and Todd McMullen, who were turned onto Hand by Jason Patric. The actor discovered the singer while in Texas filming The Alamo.

Chapla, production supervisor for that film, has become close to Hand and feels he's the ideal subject for a music documentary. He's noticed some changes in his subject over the past several months.

"He's been unbelievably happy," says Chapla. "He's talking about the future and not about dark things."

Hand's view of success, and the future is unsurprisingly simple. "The biggest fantasy I could have in life is to make a $100,000 and buy 1,000 acres somewhere where I could watch the turkeys gobble in the morning and see the deer run around in the evening," he dreams out loud. He pauses, laughing.

"What I would really like to happen is to have enough money to rent the Goodyear Blimp and fly it over West, where I live, and on one side it'd say, 'I told you so,' and the other side it'd say, 'Kiss my ass.'"

James Hand's April 14 performance at the Broken Spoke will be filmed for the documentary film of the singer.