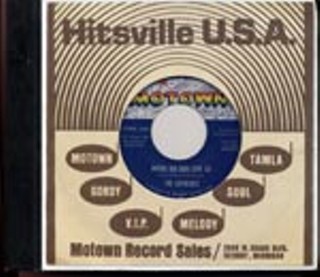 The first five years make or break most start-ups, but in 1964, Motown Records "exploded." As put into perspective in this fourth installment of Hip-O Select's Internet-only accounting of Detroit's most dependable assembly line, 1964 also witnessed the passage of the Civil Rights Act, Martin Luther King Jr. being awarded the Nobel Prize for Peace, Cassius Clay whupping Sonny Liston, and Sidney Poitier winning Best Actor for The Lilies of the Field. "One cannot separate these political triumphs from the increasing significance of Black culture in America at the time." Politics isn't the first thing that comes to mind in venerating this 6-CD big chill, but liberation is – especially from the Queens of the Motor City. Martha & the Vandellas lit their "Heat Wave" on Volume 3: 1963 and here, despite three consecutive No. 1's from the Supremes, only Mary Wells matches their glow. Reeves' melting girlishness on Holland-Dozier-Holland's equally insistent "Heat Wave" follow-up "Live Wire" dazzles with the same life as Wells' miraculous "My Guy" and her honeyed "When I'm Gone," but then the Vandellas' "In My Lonely Room," plus the Marvelettes and Girl Group Sounds refugee Carolyn Crawford break it wide open. Brenda Holloway's sultry "Every Little Bit Hurts," a bejeweled B-side for Mick Jones and the Clash, meets the Supremes' tippy-toes on "Run, Run, Run," which the Who later sprinted through on their way to a thundering version of Marvin Gaye's "Baby Don't You Do It." A few cats join Gaye here as well: Stevie Wonder's roof-raising "This Little Girl," the dew-drop perfection of the Temptations' "The Way You Do the Things You Do," the Miracles' buttery "I Like It Like That," and the Four Tops' booming "Baby I Need Your Loving." There's also plenty of kitsch ("My Lady Bug Stay Away From That Beatle"), a smattering of country and overwrought spirituals, and more than a few forgotten artifacts, like Shorty Long's original version of "Devil With the Blue Dress." More than anything else on The Complete Motown Singles Volume 4: 1964, however, there's pure, unadulterated American culture. www.hip-oselect.com.