In 1981, the year the Chronicle first published, Joe Ely's career rocketed out of the stratosphere. With the cosmic Clash connection recently behind him and a series of critically acclaimed albums, each topping the other, Ely ruled the universe of Texas music. Like all good kings, the songwriter from the Panhandle surrounded himself with excellence. No musician defined Ely's rip-roaring roots rock & roll sound more than Jesse Taylor, the Lubbock guitar tornado.

Jesse's fierce presence fascinated Austin photographer Martha Grenon; she and I logged over 5,000 miles on the road with the Joe Ely Band between 1981 and 1982, from Lubbock and the Gulf Coast to Memphis and New Orleans. Everywhere the band played, Jesse left guitar-scorched turf.

Long after he left the Ely band, Newman guitars in hand, Jesse's club appearances caused a buzz. His various bands and albums throbbed with guitar muscle and West Texas sinew. Notable among his recordings was 1999's Last Night ("Texas Platters," Music, March 5, 1999), on his own Tornado Alley label. The album closes with a heavenly gospel rendition of "Oh Mary Don't You Weep," gut-wrenching testimony to his private spirituality.

At TJ McFarland's funeral last summer, Jesse's hepatitis C had turned him the color of Homer Simpson. With bulldog tenacity, he lived these last months by his teeth, playing when he could and drawing when he couldn't, illustrating Alyce Guynn's book Deal Me In. In early February, the illness robbed him of his strength, and he was hospitalized for the last time.

Jesse's health was failing badly on the night I tallied the Hall of Fame ballots for the Chronicle's Music Poll. It was a win important enough to break tradition and notify his family. He reacted triumphantly. "It's about time!" his sister Kathy quoted his proud reaction from the hospital bed. "Now I have to get well so I can go to the Music Awards," he announced.

The first award presented at the 2005/06 Austin Music Awards the following Wednesday was Jesse's. A grieving Kathy and Jesse's heartbroken daughters accepted his Hall of Fame with bittersweet pride. Later that night, they celebrated outside the Austin Music Hall, plaque in hand, singing, hugging, crying, and kissing one another in familial love and comfort. A faint mist blurred the night. Tears, maybe, for one of our own. 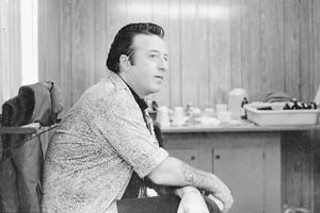 Jesse Taylor was a handsome devil. Broad-shouldered, soft-spoken, hard-living, and even harder drinking, he fired his music with spectacular style. It was emblematic of the fast track of the Joe Ely Band that they opened for the Rolling Stones in Tempe, Ariz., Dec. 13, 1981, on the Tattoo You tour. Jesse found himself pensive after the explosive set. 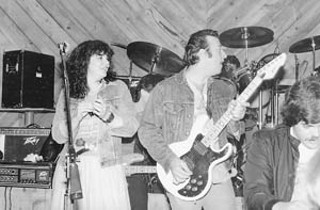 The 1982 Tornado Jam in Lubbock, May 2, whirled with rumors of Linda Ronstadt's appearance. Sure enough, she checked into the Lubbock Hilton the night before and showed up at Ely's Cotton Club gig unannounced. She sang "Honky Tonk Masquerade" standing next to Jesse. 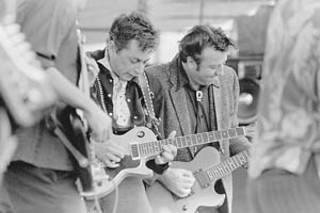 At the Cotton Festival, the Ely band followed Keith Sykes but performed before Carl Perkins and headliner Jerry Lee Lewis. Ely and Taylor were well-matched, the perfect foils for each other in performance. Going to see a Joe Ely show was as much about watching Jesse Taylor as it was Ely's indomitable presence. 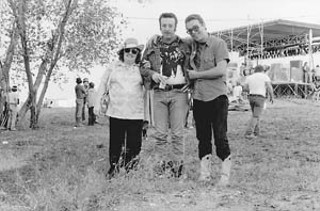 The Tornado Jam started out with mild weather, as Jesse posed with his mother, Martha Fain, and friend Sam Cox behind the stage. When Ely and company took the stage later, the winds whipped up, and the temperature dropped dramatically. Jesse aimed his guitar at the clouds and shot gale-force chords into the sky. 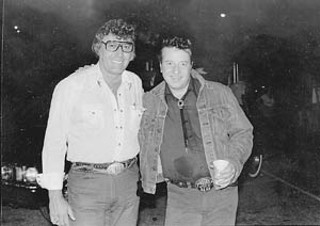 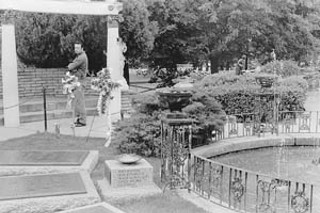 What trip to Memphis would be complete without Graceland? We waited outside the famous gates and chatted up Uncle Vester Presley. Dutifully, we trekked to and gawked at the then-private mansion. Jesse posed near the grave of Elvis. 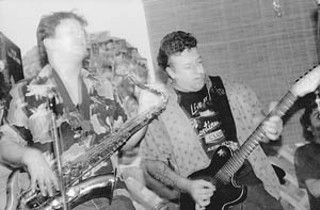 Yet another famous Lubbockite, Bobby Keys, came to support Taylor. He blew the sax that made him famous as a Rolling Stones sideman. 1987. 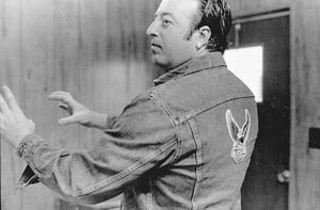 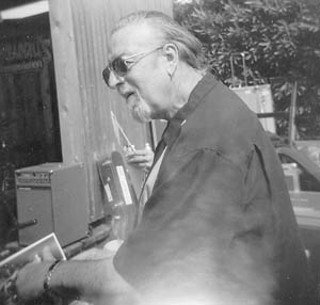 By 2005, Jesse Taylor's hep C kept him from performing benefits, and they, in turn, were held for him. Here, April 21, 2005, he signed a poster at what would be one of his last public appearances.