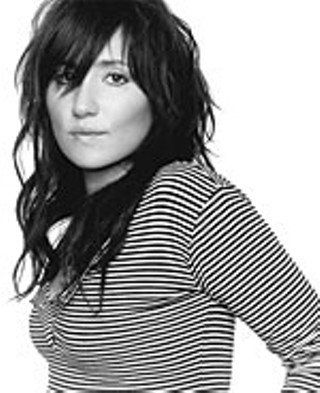 Last SXSW, Scotland's KT Tunstall was so far off the festival radar she played just a handful of last-minute guerilla gigs. Now, she's not only playing a highly anticipated showcase, it's in support of an American debut that's already cracked the Billboard Top 50 and spawned a No. 1 Triple-A radio single. So what exactly are people so excited about?

"I'd like to think it's girl-with-guitar, but fresher," says the 30-year-old singer, whose Eye to the Telescope has already sold more than a million copies in the UK. "It doesn't have the whimsy that's part of what I guess you'd call the coffeehouse tradition."

Indeed, "all the substance, none of the whimsy," pretty much nails the appeal of KT Tunstall. Whatever you love about Bonnie Raitt, PJ Harvey, or Chrissie Hynde, you'll find on her debut, a set that oozes confidence without ever sounding overtly cocky. Her "Black Horse and the Cherry Tree" sounds like nothing else on radio. It's two-and-a-half minutes of pluck and sass, built around a pulsating, country-blues beat she says was inspired by Tom Waits' Bone Machine.

"That album was liberating for me," Tunstall says. "It made me realize that the good thing about our time is that you can pick and choose what you want in your music. People are less judgmental if someone like me, a white girl from Scotland, decides to use a bit of blues for her debut single."

A live video version of the single was the subject of a recent e-column by industry gadfly Bob Lefsetz, whose endorsement concluded with a fashion check: "Then there are KT's boots. Straight out of Ziggy Stardust. ... It shows that KT's a believer in the myth too."

"It's so funny he noticed," she says. "I don't have a second pair and the heels are going. Shoes are like my writing books. I hate finishing them. It's just so horrible to know I'll need something new."