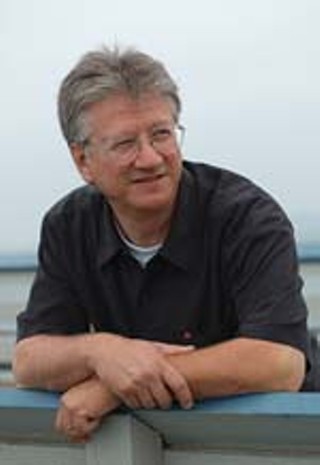 Richie Furay is the pastor of Calvary Church in Boulder, Colo. He's also a member of the Rock & Roll Hall of Fame, having been inducted as an integral part of Sixties supergroup Buffalo Springfield, and is equally well-known as one of the driving forces behind seminal country rockers Poco. In 1974, Furay was born again, began making Christian music, and has released several such albums since. That's not to say he's turned away from his rock past.

In fact, 2006 is shaping up as a busy year for Furay. His autobiography, Pickin' Up the Pieces, comes out in April and he'll follow it with a new CD, Heartbeat of Love.

"Once music gets in your blood, it's hard to get it out," he explains. "Though I'm a pastor now and most of the music I've been making for the past 10 or 15 years has been devotional, along the way I've been writing a lot of mainstream songs. I decided to record them and I've gotten a lot of my old friends to play with me."

It's quite a lineup, including Neil Young and Stephen Stills, Poco's Rusty Young and Paul Cotton, the Eagles' Timothy B. Schmidt, as well as Kenny Loggins and the Turtles' Mark Volman.

"Over the past four or five years, I'll do 10, 15 shows in the summer and a guest spot here or there, sometimes in churches, sometimes in clubs. I'm really motivated to go out and play again. It's kind of nostalgic, but we play some of the new songs too."

Asked about rumors of a reunion with Young, who's also at SXSW this week, he chuckles, "You know the rumors like I know the rumors. I've got a medley of Buffalo Springfield songs that we play and if he wants to sit in, it'd be a thrill."