Nearly all of Gaul's SXSW 2006 team comes from its grande ville Paris, but don't imagine a gaggle of Johnny Hallyday or Django wannabes.

Residing just east of the Chunnel, Total Peace are a young rock quintet that employs strict analog instrumentation in devotion to New York punk, shoegazing, and psychedelica. Perhaps Can with the Jesus & Mary Chain?

Another Can-o-phile is Paris' Turzi. Emitting spacey synth soundscapes, this quintet also shares an affinity with Air, labelmates on Record Makers, the source of Turzi's 2005 debut EP Made Under Authority.

Among the more seasoned French bands is We Insist!, with a handful of extant albums, including 2004's Crude (Le Triton). The sextet cites At the Drive-In as a major influence, and uses a drumming lead singer, guitars, bass, and two saxes to construct a dark but melodic swirl of breakneck rhythms, angular harmonies, and technical virtuosity. Not so crude.

Cello, gossamer female vox, enigmatic presentation, flute, and nylon-strung guitars make up Women & Children. Canadian and American ex-pats with a French native, the quartet is rumored to be a fave of Cat Power, who recently asked them to open an international tour.

Last year's Modus Vivendi (Supersonic) is the freshest from la beauxville de Angers electro-dub collective Zenzile. While that disc was the sextet's 10th in as many years, their strength arises from stage savvy and adding in Clash- and Sonic Youth-flavored sweet noise.

Born in Chicago, moving to Hawaii, and playing in an L.A. underground rock band before reinventing himself as a sly, fin-de-siècle singer-songwriter, Troy von Balthazar is pricking ears with bicoastal lyrics, hommage to Elliott Smith and Bob Dylan, vintage sounds, and one-man band presentation.

The City of Lights' Birdy Nam Nam challenges the view of France as a second-rate home for electronica turntablists. Four award-winning DJs, BNN do the big mash-up of jazz, soundtracks, hip-hop, dub, funk, and rock with big-band precision. Speaking of electronic experimentation, along with La Monte Young, Rhys Chatham was a member of New York's 1970s experimental music scene. After experiencing the Ramones at CBGB's, Chatham started using electronic guitars, ultimately penning "An Angel Moves Too Fast to See," a symphony with 100 electric guitars. Since moving to Paris, Chatham has incorporated electronic horns, found on 2004's Three Aspects of the Name (Table of the Elements).

The mécanique mise-en-scène continues with Interlope, the Parisian duo of Dragongaz and Rimshot. The Expressillon label will soon release their sophomore Electrified, a mélange of digital blips, deep house bass, drum-n-bass techno, and binary beats.

Early 20s poppy folk rocker Syd Matters shocked tout le monde by stating that "English is the only reasonable language for pop music." Debatable, but what's not is that Matters' stagecraft, while his melancholic catalog is doing the same, as in last year's Someday We Will Foresee Obstacles (3rd Side/V2/Chronowax). 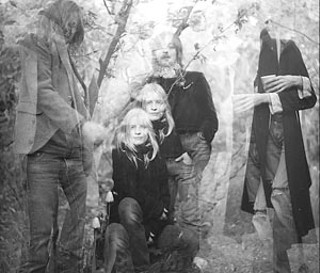