Five things you didn't know about Australia and New Zealand

Sorry to tell you this, but most of what you think you know about Australia is wrong. They don't throw shrimp on the barbie (because they call them prawns), and they're pretty certain Steve "Croc Hunter" Irwin is a national embarrassment. They actually enjoy cricket – all five friggin' days of it – and the women will drink most mortals under the table and look good doing it.

It's okay. They don't know plenty about us Texans. We're not all packing heat. And the president, he was actually born in Connecticut. Still, they gave the world AC/DC. Angus and Malcolm Young have yet to "Thunderstruck" SXSW, but once again, the onslaught coming from the land Down Under – and their Kiwi neighbors to the east – makes amends.

What you don't know about Sydney: They don't drink Foster's there. They do drink just about everything else.

Similarly, Sydney has got a musical sip of something for everyone. Start with Dappled Cities Fly, a throwback to Austin's New Sincerity era of the early Nineties. The sixpiece Decoder Ring composed the soundtrack to Brian Eno's Tangerine Dream. Then there's Bluebottle Kiss, who are dirty like Calexico but rawkus like Dieselhead. They sound more like they call the American Southwest home than they would New South Wales.

Wolfmother, the Aussie Men at Rock, put the power back into trio. If you missed them last year, here's another chance. And if you missed the Seventies, well, here's your second chance at that too. The Lovetones blend the Kinks, Byrds, and Arthur Lee, with just a splash of VU to bring the psychedelic. They're the antipodal equivalent of the Brian Jonestown Massacre, which makes total sense as the two have toured together.

Both the Mess Hall and the Morning After Girls play a variant of retro garage rock. The former deliver it with butt-shaking beat and the latter disguise it behind a My Bloody Valentine noise blowout.

What you don't know about Melbourne: How to pronounce it properly. Do it without the "r" ... and without the "o" and the "e" – like "Melbun."

Presumably that would mean you pronounce Airbourne as "Airbun." You could just call them AC/DC, or maybe someone should call the Youngs and make sure the royalty checks get rerouted to the right place. The similarities are just too obvious: Joel O'Keefe not only stole the guitar sound, hell, they stole the SG guitar itself – oh, and his brother is on drums (brothers, hello). But this is so not a dis. Airbourne bring it – the riffage, the rhythm, the innuendo – and if you are going to steal, steal from the best. Let there be rock.

Other deadringer knockoffs from Melbourne are the Gear and Love of Diagrams. The former are flattering the lovechild of Steve Marriott and Davy Jones; the latter evoke every cool indie rock band ever with Antonia Selbach's vocals splitting the perfect distance between Corin Tucker and Kate Pierson. Again, derivative in this case isn't an insult. There's a joy in the imitation and an unmistakable love of the influences. It also helps the Gear that its singer has the born-to-rock name of Jet O'Rourke.

Other notable Victorians include power punkers Kisschasy. They're like Yellowcard sans violin, punchy choruses punctuated with booming chorus payoffs. The Grey Daturas are heavier than the Melvins and darker than a Todd Solondz plotline. Other options include duo the Presets for technophiles, and Missy Higgins for singer-songwriter enthusiasts.

While the most recognizable name coming up from Down Under might be the Living End – they put pomade into punk and Dookie into London Calling – the next big thing might be Youth Group. If you can forgive their appearance on The O.C. soundtrack (a cover of Alphaville's "Forever Young") there's a lot to like. Cursory listens to the Melbourne-based fourpiece draw easy comparisons to the post-teen angst of Bright Eyes and Death Cab for Cutie, but older kids with a sharp ear can find the influence of Yo La Tengo and the guitar slack of early-to-mid Pavement.

What you don't know about Western Australia: It is home to Mount Augustus, the largest rock in the world.

Unofficially, it's also home to the youngest rock in the world: the Flairz. The Fremantle trio is the only band at SXSW that needs a permission slip signed by mum and dad to come play. Seriously, are y'all even teenagers yet? Shouldn't you be playing hopscotch and not guitars? Make fun all you want because when they plug in and play ... holy fucking cow. This is about as much ass that small a foot can kick. Okay, so lyrically they show their age, but c'mon, Scarlett Stevens sounds totally Runaways with her vocals and they even Jon Spencered the lineup, eschewing bass for two guitars and drums.

Also from the west coast, the Panda Band makes a return trip for those who missed their White Album via Clouds Taste Metallic sound last year. Quartet Gyroscope blurs Blur with Franz Ferdinand. The best bet from Perth might be End of Fashion, whose single "O Yeah" has a huge hook and the swagger of something that sounds like it was penned in about five minutes.

Other points of interest include Adelaide, Austin's sister city and home to Sia. Once a Jamiroquai backup singer, her material's part Portishead, part Six Feet Under, only a little softer, a little lighter in tone. From up the Gold Cost – Brisbane – come the Grates and Shifter. The Grates are eclectic skater punk lo-fi. Shifter are scream and shout. Both sound DIY.

There are actually Americans who think that NZ and Oz are so close that there's a bridge connecting them. Hi, yeah, that's almost a three-hour flight, people. Sometimes we're really that stupid. It's also bad mistaking a Kiwi for an Aussie. To avoid this faux pas, here's how to tell them apart. Put them in a scrum headlock and toss in a rugby ball. The Kiwi will be the one who pummels the Aussie. Sorry Wallabies fans, check the numbers. Historically, you're the All Blacks' bitch.

There are no actual Hobbits living there, but a more beautiful place with more varied landscape in such a small geographical package there isn't on the whole planet. Analogously, the New Zealand offerings for SXSW 06 are all over the map.

What you don't know about the North Island: Russell Crowe is actually from Wellington, New Zealand and is the exception to the rule about confusing Kiwis and Aussies. The New Zealanders are happy to let him go. 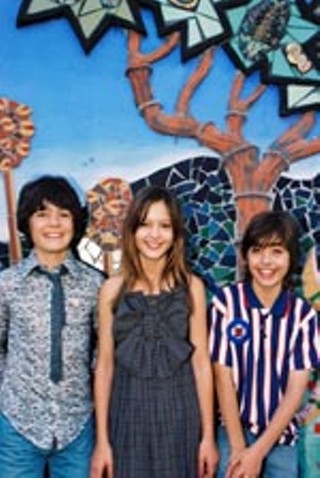 Invited by the Shins to open for them across North America last year, the Brunettes make the most pristine Tiger Beat pop. The Jonathan Richman influence is unmistakable in this Auckland outfit, but it still sounds like letter sweaters and poodle dog skirts. On the other side of the spectrum are the Datsuns. It's straight ahead, but throwback rock to the glory days of Thin Lizzy. The quartet should release this shit on 8-track for your tricked out custom van.

The funky fresh duo of Coco and Erik Ultimate comprise Coco Solid. It's rap. Sort of. It's got some tongue-in-cheek smarts and retro cool sexiness. Finally, the SXSW appearance of Chris Knox is a total treat. One of the most important figures in indie New Zealand, he fronted the seminal post-punk band Toy Love. Twenty years later, Knox is barely even a cult figure outside his homeland, but those who know his oddball pop songs adore them.

What you don't know about the South Island: The city of Dunedin was settled by Scots, so the streets are laid out almost identically to those in Edinburgh.

It was also settled by the separated-at-birth siblings of the Killers. If you can't get enough of them, get to Dunedin and you can get Gestalt Switch. It's not that blatant, as someone in the band clearly listened to Bob Stinson as much as Television, but there's a neo New Wave via post-punk vibe in this one that might just be irreducible to its parts.

From farther up the east coast toward Christchurch comes Flip Grater. The female singer-songwriter has a Hope Sandoval feel to her acousto-folk, but when she shades to something more angsty indie, she's got a little Cat Power in her. And the well-versed might remember the Bats, also from Christchurch, and their college radio gem of 1988 "Daddy's Highway." (Jesus, have they really been together for nearly 25 years?) For the uninitiated, the Bats' jangle almost single-handedly defined the subgenre of New Zealand pop. They're back with their first album in a decade, At the National Grid.

The Mess Hall (Sydney AUS) www.themesshall.com.au; The Jackalope, Thu, 12am

The Morning After Girls (Sydney AUS) www.themorningaftergirls.com; Blender Bar at the Ritz, Sat, 12am