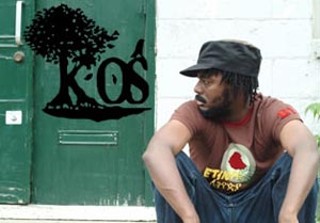 Blame socialism or any other intrinsically good-natured Canadian aspect that many Americans have come to envy over these past six years of the Bush. Blame Tim Hortons and their doughy Canadian proliferation from sea to freezing sea. Blame those brutal winters trapping otherwise social peoples in border basements. The reasons are plenty, but the outcome remains the same: Canadian music, just like the True Northeners themselves, shares and shares alike. Brothers and sisters for a common cause.

Like every family, the Canadian tree blooms with all colors. Quality indie rock has replaced the roots rock in the last decade, but that rambunctious, loud, and rowdy young cousin angling for more attention is the new face of Canada: hip-hop. Edmonton's Cadence Weapon throws around beats and rhymes like a cooler Tribe, while Vancouver's Swollen Members gather old-school mass from the likes of Ghostface, Dilated Peoples, and Hieroglyphics on the trio's upcoming fourth LP, Black Magic (Battle Axe).

For every artist that shouts back to his forebears, there's a handful that pushes the envelope further. From Montreal, Buck 65 has trudged through genres for more than a decade. His 12th disc, Secret House Against the World (V2), travels even further: French duets against indie rock beats mixed with Ratatat throw-downs. Toronto (T-Dot to natives) hits with K'naan, by way of Somalia, who preaches to the United Nations with The Dusty Foot Philosopher (Sony/BMG), and K-os, who brings some Joyful Rebellion (Astralwerks) into the world.

These branches do indeed cross. While Canadian super collective and media darlings Broken Social Scene aren't officially trekking south this year, some individual Scenesters are. K-os lent his throat to "Windsurfing Nation," off last year's self-titled BSS mind-blower, and Metric's Emily Haines is a member of Kevin Drew's Social clan. Her Toronto fourpiece took the jam and made it hook with last year's addictive Live It Out (Last Gang), and Haines isn't the only BSS toe stepping away from the beast. Jason Collett follows suit with his Arts & Crafts solo outing, Idols of Exile. Scene labelmates the Most Serene Republic warmed up the cold winters with last year's Underwater Cinematographer, and while they aren't officially connected to BSS, they appreciate the value of a feel-good summer hit just as much.

What's a family without a strong-willed, beautiful matriarch or 12? The sirens of Toronto trio Magneta Lane seduce with the power of Sleater-Kinney and still manage to retain grit and growl. While Montreal indie-poppers Pony Up aren't as mature, the quartet of sisters, brothers' ex-girlfriends, and co-workers raunches it up. Younger still, Vancouver newcomers the Organ worship at the Morrissey altar. The all-girl fivepiece, fronted by Katie Sketch, is like Moz leading the Sundays. Gorgeously heartbroken. Thomas D'Arcy's Toronto quintet the Ladies & Gentlemen might not fit the womanly mold, but with last year's electro-pop debut Small Sins (Astralwerks), they sure know a thing or two about the feminine mystique.

There's just no such thing as a "normal" family. Thank God for that. Veteran Victoria quartet Frog Eyes screams for anti-psychotics on 2004's The Folded Palm (Absolutely Kosher), their fourth collection of schizophrenic, poptastic introspect. Pink Mountaintops adds to the mania in Vancouver. Julie Doiron inspects her life in New Brunswick and says Goodnight Nobody, a statement both chilling and eerie. Tony Dekker's Great Lake Swimmers pay beautiful homage to old Neil Young on the Toronto fivepiece's sophomore Bodies & Minds (Misra), not as disturbed as his fellows, but just as honest.

As night falls over our cold neighbor to the north, the blood pumps to keep the limbs alive. From the grave of the Unicorns springs Islands, Nick Diamonds and J'aime Tambeur's brand-new pop outfit from Montreal. Controller.Controller grabs a strobe in Toronto to shed some light on dance-punk X-Amounts (Paper Bag) with Nirmala Basnayake fronting four hyper boys. In the running for best Festival name, You Say Party! We Say Die! Hit the Floor! (Sound Document) in Vancouver, another dose of Yeah Yeah Yeah party rock. Shout Out Out Out Out (four if you're counting) tests the waters with two drummers and four bassists thrown in with a mélange of electro-pop bells and whistles from Edmonton, Alberta. Toronto's Holy Fuck samples beats in a similar format: noisy, rhythmic, and jarring. And the fourpiece calls itself Holy Fuck. Bold.

Removing the dance from the equation, Hamilton, Ontario, experimental punk quartet Sailboats Are White spreads its insomnia with the drumless Turbo! (Let's Just Have Some Fun). Montreal's lupine-loving trio We Are Wolves takes art-punk to the next level with last year's bass-impaired Non-Stop Je Te Plie en Deux (Fat Possum), which we believe means "non-stop, I fold you into two." Check. And carving out a category all its own, ambient metal duo Nadja – Aidan Baker and Leah Buckareff – debuts with Truth Becomes Death (Alien8), somewhere between noise and lullaby.

The Canadian family unit hasn't changed all that much, despite the unusual faces of some of its newest members. Roots still hug the earth with Vancouver's Po' Girl, former Be Good Tanya Trish Klein's Nettwerk trio; Kingston, Ontario, bluegrass queen Sarah Harmer; and gypsy jazz guitar virtuoso Duane Andrews, Newfoundland's answer to Django Reinhardt. The roots are still there, they're just buried under the leaves.

The Canadian genealogy represented at SXSW 2006: enough indie rock and pop to hop up every U.S. twentysomething from here to the Virgin Islands, singing-songwriting heart-wrenchers, and hip-hoppers who aren't concerned with what's in the trunk. And that's just a drop in the bucket. Don't be surprised to see the Canadian flag on a flight case or two, and don't fret when K-os shows up at your indie pop show. That maple leaf stands for more than socialism and doughnuts. It's all about the hockey. Oh, and family. They have to learn to keep each other warm one way or another.

Josh Martinez & Sleep are the Chicharones (Vancouver BC) www.joshmartinez.ca; Back Room, Thu, 10:15pm

You Say Party! We Say Die! (Vancouver BC) www.shzine.com/yousaypartywesaydie ; Blender Balcony at the Ritz, Wed, 1am

The Hidden Cameras (Toronto ON) www.thehiddencameras.com; Molotov Lounge, Thu, 12am

The High Dials (Montreal ON) www.thehighdials.com; Blender Bar at the Ritz, Sat, 1am

The Most Serene Republic (Toronto ON) www.themostserenerepublic.com; Spiro's, Fri, 12am