As a cradle of sonic bards, it's no surprise that Ireland's award-winning SXSW 2006 contingent – mostly rockers – are heavy on melody and lyrics.

The Little Green Isle's harmonic ambassadors all hail from Dublin, save for Donegal's the Revs. Formed in 2000, the three Revs tossed tradition in 2002 by debuting with the live Sonic Tonic. The gamble went platinum, and the band came behind only U2 and the Frames in a recent voters poll. Fans of the early Police catalog and October-era U2 keep an ear out for a cover of the Vapor's "Turning Japanese."

Brothers Dave and Paul Allen, along with Stephen O'Brien and Steve Hogan, compose HAL, Ireland's Brian Wilson fronting the Band, albeit with more falsettos. The group's eponymous debut last year on Rough Trade earned them opening gigs with the Thrills and Grandaddy, along with a nomination for Album of the Year by Ireland's Choice Music.

Up for the same medal is Flock (Island), the newest from rock mainstays Bell X1. The quartet, who've toured with Keane, Starsailor, and Aqualung, have a good chance to nab the accolade: their last LP went double platinum, with four singles in the Top 40.

Made up from the Stunning's embers, fourpiece the Walls have hit big on KCRW's Morning Becomes Eclectic, partly due to last year's gold album, New Dawn Breaking (Dirtbird). The guitar rock quartet can also work a stage, opening for Bob Dylan, Red Hot Chili Peppers, and before 80,000 U2 fans at Slane Castle.

Brothers Phil and Paul Wilkinson are the Amazing Pilots, a pair of atmospheric rock astronauts. The Pilots recently interpreted a track for a Lee Hazelwood tribute, after which Mr. Hazelwood asked them to open his Dublin concert. Last year's Undertow release, Hello My Captor, finds the popsmiths drawing inspiration from Tom Waits and the Plastic Ono Band. Local note: The band's promo pix has them gallivanting in Austin's 78723. 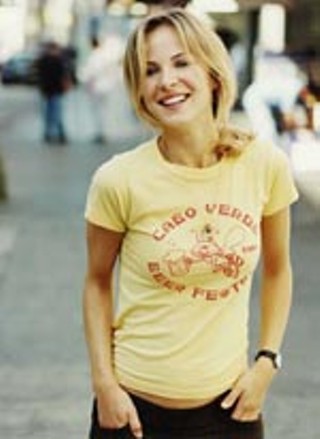 Butterfly Explosion are new on the Dublin scene, a quintet that draws from Sigur Rós, Duran Duran, and Nine Inch Nails, as well as Austinites ...Trail of Dead and Explosions in the Sky. Purveyors of textured climaxes and layered sounds, they trade off female and male lead vocal duties.

Selling out Irish venues and opening up for the Waterboys and Frames, the Guggenheim Grotto are poised to take their folk-fueled rock, found on last year's Waltzing Alone (Shellac), to the next grotto. Soft vocal harmonies ã la Iron and Wine meet with pedal steel guitars and cello. At the end of the dark pint, it's all poetic and powerful.