Now less than two months away (ouch!), SXSW has been forced to move its timetable up to handle the record number of registrants. "Registration is up significantly," says Creative Director Brent Grulke. "That's great, it just means a lot of work we'd be doing a month from now we have to do now." Applications from non-U.S. artists have again come in record numbers, illustrating how important the 20-year-old festival remains to "breaking" them in the domestic market. "SXSW has increasingly been used successfully as a marketing tool," Grulke says. "[Acts] see SXSW as an essential element of their hype in the U.S." SXSW headlines usually focus on hype-driven breakouts like Franz Ferdinand in 2004 or last year's Houston hip-hop explosion, but Grulke says the core of the festival has remained largely unchanged: "It's still smaller bands looking to do smaller things." (That means publishing deals, booking agents, radio contacts, etc.) "People have to justify [SXSW] in business terms," he continues, "and more and more people can do that." Grulke says he's still combing through the 800-plus acts accepted so far (www.sxsw.com) to discern this year's dominant musical trends, but one thing he's noticed has nothing to do with how artists sound, but rather how they build an audience. "It's much more difficult for a beginning band to go tour and make any money at all, but it's easier to make a MySpace page, make and distribute their own recordings, and create an audience that way," Grulke says. "I see a lot of bands that are making good recordings and obviously have a good fan base at least in their hometowns, but it's difficult to know how much they even tour."

The River Runs Through It

Shortly before Christmas, Austin's World Class Rock went up "The River." For the second time in just over a year, 102.3 KPEZ-FM flipped formats, this time from the AAA-tinged classic rock of "Channel 102.3" to Christian pop-rock under the new slogan "Positive music, safe for the entire family." In other words, owner Clear Channel hopes Jesus, via agents like Avalon and Mercy Me, helps shore up the slumping station's ratings better than Coldplay and the Dave Matthews Band did. "It's not a surprise, according to the numbers," a former staffer said last Monday. "[Channel] just didn't take off like they wanted it to." The River is reported to be Clear Channel's first-ever Christian music station, a move that certainly makes financial sense: SoundScan's 2004 numbers put Christian/Gospel as the sixth most popular genre at the cash register, its estimated $700 million in sales outpacing Latin, jazz, soundtracks, New Age, and classical. On a more personal note, although TCB and Alex Hall's locally geared program "Texas Flood" is now kaput – no hard feelings, really; TCB is now an XM addict anyway – Little Steven's Underground Garage landed safely at 93.7 KLBJ-FM and now airs an hour earlier, 9pm Sundays. 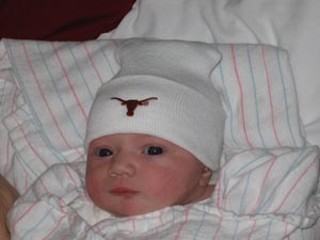 TCB's lone New Year's resolution is to keep the sportswriting to a minimum (at least on this page), but first he's taking a long moment to bask in the burnt-orange glow of UT's national championship. After spending most of the Rose Bowl pacing around his friend Rob's den, TCB saw the Best Game Ever's thrilling conclusion at an uncrowded but lively Room 710, where Vince Young's fourth-down touchdown run with 25 seconds left had even the most hard-boiled rockers jumping up and down in a frenzy. Red River almost instantly became a solid line of cars translating "Hook 'em Horns" into "Honk 'em Horns," a euphoria still insanely evident at last Sunday's championship rally at Darrell K. Royal-Texas Memorial Stadium. Not only did the event give Austinites who normally can't afford to go to games a chance to cheer the team in person, it provided the unexpected hilarity of high-ranking public officials drunker than coeds on Sixth Street. New UT System Chancellor Mark Yudof couldn't even finish his remarks, and an animated Gov. Rick Perry appeared to have been indulging as well. (Speaking at a Longhorn championship rally is an Aggie's worst nightmare, so TCB is happy to begrudge Perry a belt or two. Or three or four.) As Dave Chappelle once said, it's a celebration, bitches! UT's victory gave Austin a huge infusion of positive energy, something we've sorely needed of late, and will reverberate for generations to come. Speaking of, you're probably wondering who this babe is whose parents have such impeccable taste in infant head-wear. It's none other than Lulu Claudette Wertheimer, born right before kickoff Jan. 4 to Continental Club owner Steve Wertheimer and wife Gabrielle. Besides being a Longhorn fan, little Lulu has already shown a taste for Fifties rock & roll, Wertheimer reports. "Friday night, she got to watch Jailhouse Rock and Johnny Melody," he says. "She was taking it all in."

KOOP radio, whose studios and offices were damaged in the Jan. 5 fire at the Sweatbox building, went back on the air as planned last Wednesday. The station continues broadcasting from its studios at 304 E. Fifth, but has moved offices over to the ACLU building on East 11th Street and still plans to permanently relocate. Several benefits to help KOOP raise some moving money are on the docket: a movie night 8pm Monday at MonkeyWrench Books (110 W. North Loop), a garage sale next weekend, and Feb. 10 show at Beerland with the Ugly Beats and Nervous Exits. Elsewhere, the Hole in the Wall, which recently opened a Round Rock branch at U.S. 183 and Anderson Mill, hosts a nostalgia-rich benefit Saturday for former Bad Mutha Goose and 00 Spies member (as well as longtime regular) Byron Scott, who recently sustained serious injuries in a car accident. A $10 donation is suggested; see "Music Listings" for the lineup.

James Hand's days as the best-kept secret in Central Texas may finally be coming to an end. Hand's honky-tonk talents were "discovered" by Rounder Records at SXSW 2004, and the Massachusetts-based roots label will release his new album, The Truth Will Set You Free, Feb. 28. Produced by Ray Benson and Lloyd Maines, The Truth pairs re-recorded songs from Hand's previous four albums with four brand-new efforts. Catch a preview Friday at the Broken Spoke.

When she wasn't wailing her soul out onstage or otherwise embodying the Sixties, Janis Joplin liked to draw pencil sketches and paint Christ portraits. The Port Arthur-born icon's artwork is now on display (and for sale) at local gallery Art on 5th, 1501 W. Fifth, through Jan. 31. Joplin's sister Laura will be on hand for a Curator Tour and Q&A 7pm tonight (Thursday) and 2pm Saturday; 5% of sales go toward Zach Scott Theatre.

Fittingly, Austin is all over the soundtrack to A&E's Rollergirls, a reality series on the lives and times of our banked-track babes the Lonestar Rollergirls. Locals appearing on the album, released last week on Koch Records, are the Addictions, Alvin Crow, Dale Watson. Honky, Ignitor, Kacy Crowley, and Pong. The series airs 9pm Mondays and repeats throughout the week. Across town, TCB was honored to attend the Texas Rollergirls' Whammy Awards at Momo's last Sunday, so congratulations to MVP Bloody Mary, Jammer of the Year Cat Tastrophe, and all the rest. You rollergirls (both leagues) sure clean up real good.