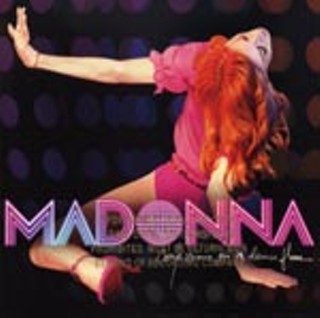 That smooch Madonna gave Britney Spears was actually a vampire's kiss. Look what became of the poor pop tart – the pimples, the disheveled clothes, him. And what's become of Madonna in that same time? She's returned to what she does best, ruling the dance floor. Confessions on a Dance Floor declares itself an unadorned valentine to the Material Girl's roots as sweetheart of the disco. Not that the years haven't been kind to her – 1998's Ray of Light was as exquisite as anything she's recorded, while its follow-up Music gave her much-needed street cred – but Confessions is an exuberant return to old-school form. Her songs strobe and pulse in "Forbidden Love" and "Hung Up" (which samples ABBA), and are slinky and sexy on "Jump" and "Push." These are significantly different mixes from what William Orbit might have done, but that's our Madonna, unpredictable all the way from catechism to the Kabbalah. Confessions' edge lies with tough anthems such as "I Love New York" more than the balladry she's tended toward of late, but that makes its flow as seamless as a DJ mix. Next time, bite Gwen Stefani.