Ain't Nobody Real but Me 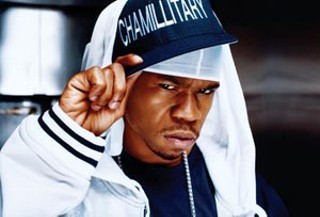 Houston rap celebrated a breakout year in 2005 as syrup-laden spoonfuls of Mike Jones, Slim Thug, Paul Wall, and Bun B slid down the mainstream gullet and drew attention to the late DJ Screw and what had formerly been a fringe movement. Capping this unprecedented, citywide success in November, Chamillionaire put a new kink in a scene that's become all too formulaic with stereotypes. Paul Wall's rhyming partner on 2002 underground smash Get Ya Mind Correct (Swishahouse), Cham now sails his powerhouse Universal Records solo debut The Sound of Revenge out of the uncharted waters of his own individuality.

Austin Chronicle: Your album seems to be its own brand of Houston rap.

Chamillionaire: So far, fans have known me for raw underground music. I tried to make an album the streets could feel and that could be commercially successful at the same time, something women would like without relying on that typical, club-oriented bounce. People expected me to rap about candy paint, rims, and diamonds on every song.

AC: Has the Houston sound overexaggerated itself by this point?

C: It's kind of exaggerated, but so far every step it's taken has gone in a positive direction. At one point a few years ago, all there seemed to be coming out of Houston was Destiny's Child, Lil' Flip, and Scarface. Eventually trends die out. The way I see it, substance lasts a long time, and that's the kind of artist I hope to grow into. I mean, when something like Katrina happens, you have people who don't really care about rims when their house is gone. In a way, I'm trying to detach myself from being identified as strictly a Houston rapper. When I think of Eminem, I don't only think of Detroit. I think of his creativity and concepts. When I think of Kanye West, I'm not only thinking of Chicago. That's what I'm working toward, to not only be seen as a trend.

AC: Which artists have influenced your sound the most?

C: I don't really listen to stuff for influence. I don't even listen to my own stuff. What I've always looked at for inspiration are people behind the scenes who are making big moves in the music business, people like Jay-Z, Prince, and Russell Simmons, who each took rap and used it as a stepping stone onto bigger things. I'm looking way past this rap stuff. Even successful rappers can only expect five to 10 years of jumping around onstage being a star. I want to create a brand like 50 Cent where I can back movies and consumer products. That's a process that only begins with a record.

AC: Image is central to rap. How do you think you fit in as a public figure?

C: My claim to fame has been on the mix tape circuit, which is why I'm known as the "Mixtape Messiah." I just went on a major promo tour through California, and it was great to meet so many fans who feel like they actually know me on a personal basis, having heard me rap along the way as I've had my problems with Paul and problems with labels. They want to know all about that background information, because it puts them more in tune with who I really am.

AC: While you were in California did you get a feel for the hyphy sound that's been bubbling out of the Bay area?

C: I'm thinking that Oakland might be the next place to blow. I've just recently been put up on the late Mac Dre, and I'm impressed with that independent grind that he had going. It basically becomes a follow-the-leader sort of thing. Who would have thought a few years back that the South would have such a run? Actually, the way that people are drawn to these regional scenes is a natural thing. People are just curious like that. They jumped all over New Orleans and Cash Money and then St. Louis by way of Nelly and Chingy. Then they heard people out in Atlanta talking about traps and people in Houston talking about syrup, so of course they had to go and figure out what those things were all about. It's like sex, you always want something new rather than just the same old thing.

AC: And now there are a lot of deserving musicians who are finally getting the chance to cash in.

C: Everything happens for a reason. Some of the hottest records might not calculate into sales because nowadays it's all about the business over the music. The game has changed with everybody playing their cards really carefully right now. I'll always be content as long as my finances are right. I can sell gold and still make more money than an artist that goes platinum because of the deal that I signed with Universal.

AC: If you're at the peak of your career right now, who is it that you're exacting revenge upon?

C: There's a lot of haters out there. For anyone following my story, the main idea is that I'm looking adversity in the face and showing that I am beating it. Hopefully I've become a role model for that sort of thing. I've never had an easy lane to walk in. So I'm making my own lane. There were far too many people who told me that I would fall off after I left Swishahouse. Success is the best revenge to have. I just hope that I'm making music that matches the hype.

AC: Did you always aspire to be a rapper?

C: When I was young, going to the NBA was all I was about. Where I lived in Houston, I would have gone to Eisenhower High, which wasn't much of a basketball school, so my people made it possible for me to attend Jersey Village instead. It was a calculated chess move, all for the advancement of my basketball dreams

AC: What about your singing?

C: I have no background in singing at all. The way I got started was that my DJ, Ron C, was doing a mix tape called Parking Lot Pimping and the idea occurred to me to add a singing hook to a particular track. I'm open-minded like that, so we did it, and then people were looking at me like I was crazy since I had no training whatsoever. But it worked, so I continued on and taught myself all about melody. The next thing you know, I was doing hooks on Lil' Flip's album.

AC: Flip's verse on your single "Turn It Up" along with his verse on Z-Ro's "From the South" mark something of a comeback for him. People are finally getting over hating on him for being too simple.

C: The image now is that we are all simple rappers who have gold teeth and sip syrup, so that's something that I'm definitely trying to expand on. But corporate types aren't really interested in showing all of those different sides to the same coin. It's easier for them to let the stereotypical image persist. I mean, I'll probably always be identified with Houston, but the funny thing is if you listen to Get Ya Mind Correct, it doesn't necessarily indicate an allegiance to the Houston sound. I remember that Paul didn't even want to put "N Love Wit My Money" out as a single because he felt it had too much of a West Coast feel to it. Admittedly that album did have a limited topical range. All we were talking about was balling. I'm now trying to transcend that by thinking outside the box. If we can get to the point of releasing "They Think I'm Crazy" as the fourth single off of my current album, which is a really complicated story, then I feel we'll have really accomplished something.

AC: By the sound of your schedule nowadays and those hundreds of thousands of Soundscan hits you got the first week Revenge was out, it appears you've already accomplished quite a bit.

C: Man, so many people are hitting me up all day long. The label doesn't even schedule me time to eat. At this point I'm just trying to stay sane. A lot of artists in my situation allow themselves to turn into the beast. The label probably wants me to go ahead and turn into that untouchable star, but I just want to be me.

The chopped and screwed version of Chamillionaire's The Sound of Revenge is due on Universal Records Feb. 7.