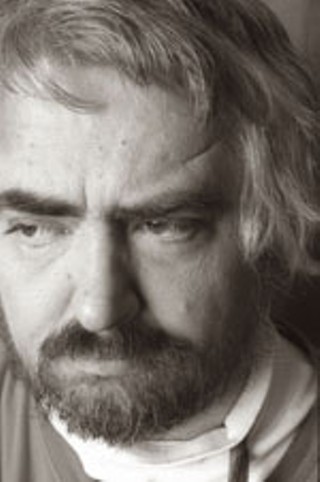 Daniel Johnston, eccentric singer-songwriter, gifted artist, and Austin folk hero, remains in critical but stable condition in Houston's Ben Taub Hospital, his family said Monday. Johnston, 44, was taken to the Tomball Regional Medical Center near his home in Waller Nov. 25 after becoming incoherent and unable to walk, according to a report on the Web site RejectedUnknown.com, and transferred to Ben Taub last weekend. "No change," his father William said. "He's still in the hospital, still not communicating with us." The elder Johnston told the Web site last week he believed Daniel suffered from lithium poisoning – the singer, diagnosed as manic-depressive, has been taking lithium since the late Nineties – but added Monday that although Daniel's initial infection had cleared up, a subsequent battery of tests had yet to yield any conclusive results. "We're working on the assumption there's something there we hadn't seen," he said. "We've given him a lot of antibiotics and a lot of CAT scans, and an MRI, everything we can think of. Just give us time." Johnston's hospitalization comes at a high tide of career activity: His artwork will be featured in New York's famous Whitney biennial exhibition next March, and Jeff Feuerzeig's penetrating The Devil and Daniel Johnston documentary, which premiered at SXSW 05, made the final cut of potential Oscar nominees and will be released nationwide by Sony on March 31. Back in Houston, avant-garde theatre company Infernal Bridegroom Productions' plans to collaborate with Johnston on a rock opera, scheduled for next spring, have been postponed. "We're all just pulling for Daniel to get better," said Artistic Director Anthony Barrilla. So are we. 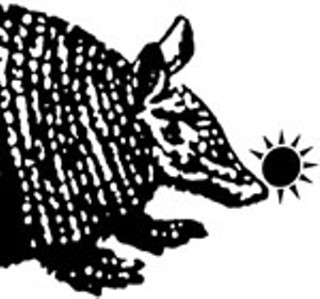 Satisfying Austinites' blown-glass, Navajo-rug, and handcrafted-pottery holiday needs for 30 years, the Armadillo Christmas Bazaar was keeping it weird long before the T-shirt. Again in the Austin Music Hall, admission is $3 weekdays before 7pm and $5 weeknights and weekends. Live music at 12:30, 3:30, and 8pm weekends; 8pm weeknights. 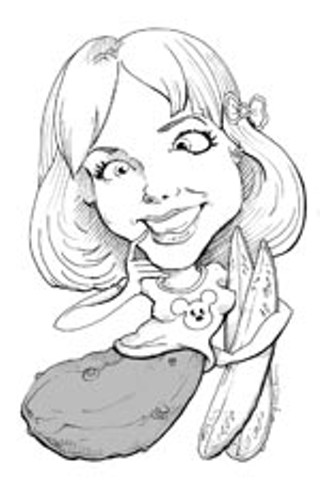 ARCADE FIRE BALLS: Hard candy that tastes like a funeral

NEUTRAL MILK HOTEL 2%: Won't go bad in the airplane over the sea

IRON & WINE MERLOT: One bottle brings out the bearded balladeer in you. In his eventful, rambling, star-crossed life, Townes Van Zandt made some interesting fans. Guy Clark, Steve Earle, and Willie Nelson you know, but the Cowboy Junkies covered two songs on 1992's Black Eyed Man album, Mudhoney cut "Buckskin Stallion" with Jimmie Dale Gilmore for Sub Pop in 1994, and now ... And You Will Know Us by the Trail of Dead swear by Heartworn Highways. (First the Band, now Townes ... it's like Wilco in reverse.) "When we were on tour this year, we watched it for a couple of days nonstop," Trail keyboardist David Longoria says of James Szalapski's 1975 tour film starring Van Zandt, reissued on DVD in 2003. "It would be on all the time." The connections don't stop there: Margaret Brown, whose Townes doc Be Here to Love Me screens at the Alamo Downtown tonight (see "Screens"), personally asked Trail to play the afterparty at Antone's alongside Bill Callahan, Knife in the Water, Will Sexton, Kimmie Rhodes & Joe Gracey, and Townes' son J.T. Van Zandt. Gilmore, the tribute's emcee, has his own store of Townes memories, starting with the mid-Sixties day Lubbock acquaintance Joe Ely picked up Van Zandt hitchhiking. Van Zandt had only the clothes on his back and a knapsack full of copies of his first album, one of which he gave Ely, who in turn invited future Flatlanders mate Gilmore over for a listen. "That was when we started really hanging out together," Gilmore says. Despite their longtime friendship, Gilmore and Van Zandt only appeared onstage together once. They were on tour in Belfast, Ireland, when Gilmore broke into Townes' "White Freight Liner Blues," from 1988's Fair and Square. "He didn't sing a word of it, he just started howling," Gilmore says. "It was just such a typically weird Townes thing."

Undercover of the Night

TCB called it: Ronnie Wood, fresh from the Rolling Stones' sold-out Bigger Bang at Houston's Toyota Center last Thursday, made his way just up the street to the Continental Club to sit in with Faces bandmate and Austin hero Ian McLagan & the Bump Band. Stones backups Chuck Leavell, Blondie Chaplin, and Bernard Fowler were also in tow, with the latter two joining Woody onstage for a handful of numbers. For a full account and pictures see "Phases & Stages."

Chris Whitley, 45, the erratic, enigmatic guitarist who explored the outer fringes of blues-rock on albums like Living With the Law and Din of Ecstasy, died of lung cancer Nov. 30 near his native Houston. A frequent visitor to Austin, Whitley's final appearance at the Saxon Pub last year was "brilliant," according to general manager David Cotton. Kyle-based PR firm Propaganda Media handled Whitley's publicity for several years in the mid-Nineties. "He was an incredibly nice guy," says Propaganda's Vickie Lucero. "I remember one time there was a line around Antone's for his SXSW show, and he walked us all in with him."