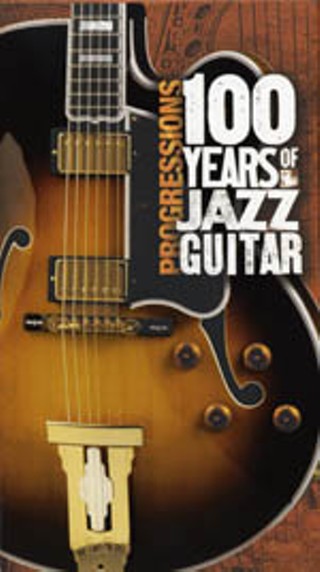 This 4-CD box is loaded with name guitarists, as well as some who were or are merely popular. 100 Years of Jazz Guitar though? Not quite. The first track (1906) features banjoist Vess Ossman, but the next track wasn't cut until 1921. That said, almost everything here has something to recommend it, particularly the Hawaiian guitar work on the first CD. You have some of the fathers of jazz guitar playing on this disc, Lonnie Johnson, Eddie Lang, Django Reinhardt, and Charlie Christian, all of them demonstrating why they were innovators. The second disc contains the work of 1940s and 1950s bop and post-bop guitarists, such as Bill de Arango, who was arguably the best bop guitarist until he elected to drop off the national scene and return to Cleveland in 1948. You've also got great cats like Jimmy Raney, Tal Farlow, Chuck Wayne, Jim Hall, Kenny Burrell, Wes Montgomery, Grant Green, and Joe Pass appearing on the disc. Disc three covers rock-jazz fusion and features such classic tracks as Jimi Hendrix's "Manic Depression" and Pat Metheny's "Bright Size Life." Other significant work by George Benson, Pat Martino, Derek Bailey, John McLaughlin, and Mick Goodrick also appears. As for the fourth disc, it includes too much undistinguished pop fluff by Santana, Phil Upchurch, Eric Gale, and others. There are fine cuts by Marc Ribot, Bill Frisell, James Blood Ulmer, and Mike Stern (with Miles Davis), but it's still the least important side. The box also contains a 148-page book with an introduction by John Scofield, photos of every player, 25 guitar heroes speaking about their heroes, solo transcriptions and analyses, photos of vintage guitar models, amps, ads, and more. There's plenty of Progression, even if it's not 100 years' worth.