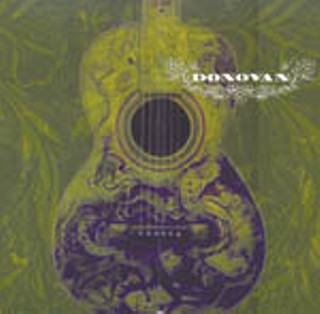 Try for the Sun: The Journey of Donovan (Sony BMG)

In the liner notes for Donovan's new velvet-encrusted box set, John Mellencamp notes that, at one time, the Scottish hippie-folk icon was regarded as equal to Dylan. There's a reason that's laughable today, and it's not just because Dylan took the piss out of him in the documentary Don't Look Back. Paring this 3-CD/1-DVD set down to a tight collection of Donovan's singles from "Catch the Wind" through "Atlantis" reveals well-honed pop instincts, solid backing from the future Led Zeppelin, and an airy playfulness befitting the Aquarian Age before Altamont. Nonhits like the swinging travelogue "Sunny South Kensington" and jazz-tinged B-side "Preachin' Love" are eye-opening baubles in their own right. After a while, though, the wondrous whimsy overdoses into gratingly fey piffle. Before playing "The Tinker and the Crab," one of several unreleased live tracks, Donovan announces he wants to give the children of the world something better for their imagination than Superman or Batman. His fawning audience applauds, then he puts them to sleep with a but-it's-good-for-you dose of acoustic castor oil. The clueless Vietnam love song "To Susan on the West Coast Waiting" is smug enough to turn Quakers into rampaging hard hats. As the Sixties end, Donovan gamely tries to find a cozy place in the singer-songwriter pantheon next to Cat Stevens, but he never quite gets there. Ditto for the DVD, a stale toast documentary of Donovan's 1970 Greek Islands getaway. For all the evocation of era one feels when "Sunshine Superman" or "Hurdy Gurdy Man" crackle to life, this overview lends little weight to the notion that Donovan is due a critical reassessment.