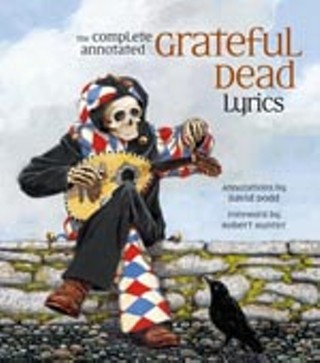 An integral part of the Grateful Dead legacy is their treasure trove of remarkably compelling songs, many grounded in American folk tradition but also reflective of the expanded consciousness and spirituality of their times. Robert Hunter was the band's principal lyricist, and his collaborations with Jerry Garcia produced the Dead's most memorable and enduring work. Songwriter John Barlow's ventures with guitarist/vocalist Bob Weir were also fruitful, if to a lesser degree. David Dodd, a librarian by profession and the co-editor of The Grateful Dead Reader, has compiled all of the Dead's original songs along with selected traditional and cover tunes and has painstakingly annotated them with historical, cultural, biblical, and literary references. His own research is augmented with intriguing insights from band members and fans who have contributed ideas to his long-standing Web site. Dodd has made Hunter's 1990 collection of lyrics, A Box of Rain, all but obsolete. Here, some Hunter songs, like "Terrapin Station" and "Ramble On Rose," contain up to eight pages of annotations. Nearly 200 original illustrations by artist Jim Carpenter add a visual bonus. Dodd sometimes gets carried away with the printing of seemingly endless verses of similarly titled songs or various arcane minutia, which only bogs down the reader. Nevertheless, rather than being insulated in a psychedelic bubble, these songs show how the Dead consistently tapped into timeless and universal themes that perceptively related to their fans on both a personal and communal level.