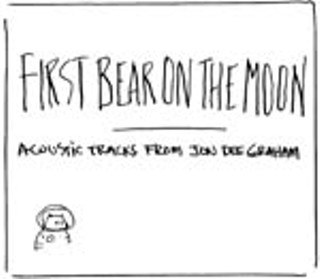 "I got bumped for King George's coronation," a dry, witty Jon Dee Graham explains to KUT deejay (and Chronicle scribe) Jay Trachtenberg at the start of this live set, an acoustic spin-off from last year's critical triumph The Great Battle (New West). The 25-minute EP doesn't empower Graham as his last release did, but it does personify Graham's rough-hewn, steamroller vox with benevolence, sarcasm, and a hint of acrimony. Battle's chin-up anthem, "I Don't Feel That Way," retains the songwriter-guitarist's no-regrets ideology, stripped down to the essentials: guitar, backup vocals, and the man himself. "Bob's working on the 'Night Moves,'" Graham shouts out during the sprawling "Majesty of Love," a quiet lullaby born out of a dynamic LP track that loses its passion and prowess to introspection and diffidence. Battle closer "World So Full" blossoms under the light touch of Graham's rasp, while the Willie Graham dedication on "Big Sweet Life" is an uplifting fable perfect for a son's guitar lesson. "Jesus of the Freeway" becomes preachy, Graham at the pulpit, sweating from the brow. The weight of the disc, though, lies in New West flip-off "Betrayed": "Betrayed by the cowardly liars," Graham croons acerbically about his former label. Jon Dee might be bitter, he might be pissed, but that only serves as proof of life.