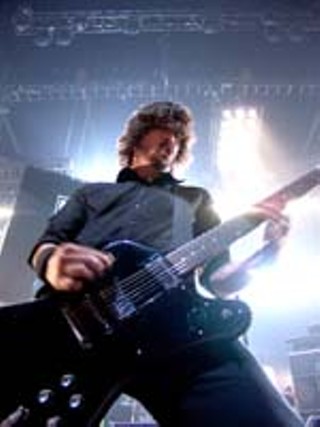 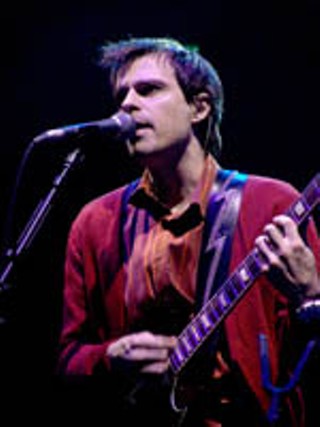 The best way to sum up the differences between co-headliners Weezer and the Foo Fighters, during their packed Wednesday night Frank Erwin Center show, would probably start with their priorities. Weezer's enigmatic frontman Rivers Cuomo made dedications to his "Texan friends" while lead Foo Dave Grohl paid tribute to "that blonde slut on The Real World." Cuomo played to the crowd of college-age fans like he was their favorite tutor, while Grohl and his band performed with the kind of rabid energy of a fraternity hazing ritual. Weezer took the stage first, alternating between the dense power pop of this year's Make Believe and classic hits such as "Say It Ain't So" and "Buddy Holly." Initially restrained and stilted, the often nebbish Cuomo came out of his shell halfway through the set. The Foo Fighters had no trouble breaking the ice, cannonballing into their set with the title track from their recent double-album, In Your Honor. If anyone has dismissed them for going acoustic with the new release, the live show seemed designed to confirm that they're first and foremost a hard rock band. Grohl shrieked and yelled every chance there was, to an extent that would have been obnoxious without his charming onstage banter. While the Foos managed a decadent and sweeping rock spectacle, it would have been nice to get a taste of what Grohl does surprisingly well: acoustic ballads. Despite a pleasant, one-man take on "Everlong," the show was all noise all the time. Between that and his constant screams and pummeling choruses, one couldn't help but notice that perhaps Grohl was just plain afraid to sing. He and his band were not afraid to entertain, though, and turn their catchy pop into natural anthems.