Wearing dreadlocks, singing about love, and freaking out a bunch of Germans is black genius. Proving that in part, the wide-eyed man who founded his career singing jingles and later backup for David Bowie, Luther Vandross, died recently yet leaves us with From Luther With Love: The Videos (Epic/Legacy). Bad graphics from the Eighties do little to erase the greatness of Vandross as on the clip for "Here and Now," which finds him singing over a milky melody with silken delicacy. With that sunshine smile, Vandross reminds us that time may encapsulate sound but never soul as his grace and simplicity will surely shape future R&B for decades. For Rick James, on the other hand, his cornrows and spacesuits-on-LSD were always the future. The glossy pop star was furiously talented and leaves us with a new live video to remember him by, Rick James: Super Freak Live 1982 (Eagle Vision). Scaring thousands of Germans into loving him through ghetto superhero aesthetics and some mean-ass funk, this video is straight-up hot. From hits like "Mary Jane" that turn into a formal choir performance and the Jeri Curl-melting "Super Freak" to the proto-rap cut "Ghetto Life," the glitzy spectacle that is Rick James gives it to you raw. Trumpets yawning, meaty riffs, and drunken synthesizers make the mythology of James' futurism real enough to astound a crowd of Germans with architectural hairdos. Then you have rastas. Rockers: 25th Anniversary Edition (Blue Sun) is a 1979 film often compared to seminal reggae primer The Harder They Come, and it lives up to the challenge. Like Wildstyle with better fashion, the plot is thin – a drummer buys a motorbike, gets it stolen by some Mafiosos, then gets it back – but it's a perfect backdrop for the real story: the music. Peter Tosh, Burning Spear, Augustus Pablo, and the Heptones ultimately make watching a guy walk around for an hour and a half seem fascinating. 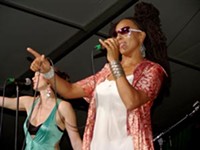 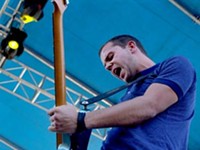