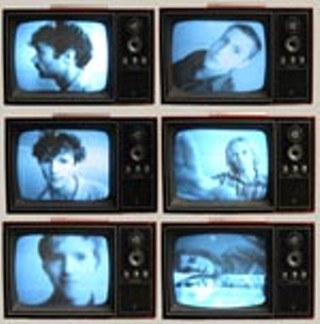 As soon as Austin darlings Sound Team signed with Capitol, they disappeared. Now, after a summer holed up in their self-built Big Orange studios recording next year's major-label debut – in between West Coast gigging, ditch digging, and supermodel courting – the optimistic eccentrics are performing for the first time in Austin since SXSW. Then it's straight back to the citrus palace.

"Sometimes it takes a special spark to get you real excited to finish things all the way through," grins bassist and songwriter Bill Baird.

"I don't think [our inspiration] comes from one thing," ventures singer Matt Oliver. "It's more the process of the last couple of years: touring, building [the studio], playing here, experimenting, writing songs, throwing songs away, leaving songs on the back burner. That's how the sound became what it is."

That sound is ethereal. It's swirling masses of keys and bass plummeting in and out of peaks and valleys. Anxiety grows with each passing measure, until Oliver's sweet vox shoves a spoonful of reality down the chute. Sound Team's music lies halfway between psychedelia and pop, which makes sense considering their adoration of Brian Wilson. Capitol, home to the Beach Boys, was a good match, then?