Fanning the flames of legend 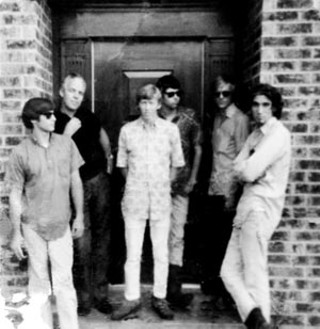 The Golden Dawn in their first light of the mid-Sixties

As George Kinney peered into the crowd that August night at Room 710, he couldn't see the room full of bodies, because most of them didn't exist. There was the odd graybeard who was there the last time the Golden Dawn graced the Austin scene 35 years ago, but the rest were unborn spirits in the ether. This must be what it's like to be immortal.

"What I'm doing is kinda what I've always done," says Kinney, Austin's own Rip Van Winkle. "It's different because the times have changed. We're not doing acid every night anymore. But if you listen, you'll still hear threads of an esoteric theme that's always there. Nothing's really changed on that level."

The legend of the 13th Floor Elevators and Texas psych in the Sixties has not diminished over the years. It's just that somewhere along the way, George Kinney's part of the legend was forgotten.

But Eric Arn didn't forget. The frontman for then-Austin-based psych warriors Primordial Undermind knew and cherished the Golden Dawn and their Power Plant album from 1968 on International Artists, long considered a lost treasure of classic Texas psychedelia among record-geek cognoscenti. Upon discovering that Kinney was still in Austin, Arn invited the Golden Dawn to be part of the 2002 Texas Psych Fest he was organizing.

To Arn's shock, Kinney accepted, and the Golden Dawn suddenly floated back into the consciousness of cult psychedelia fans across the world, thanks to one starry night at the 710. Power Plant was reissued on a French label, a hearty Internet group was formed, and the band even went on a short American tour last year, documented on the live CD The Legend of the Dawn.

"What's the market for a bunch of 55-year-old Sixties rock stars that never were really that big anyway?" asks Kinney. 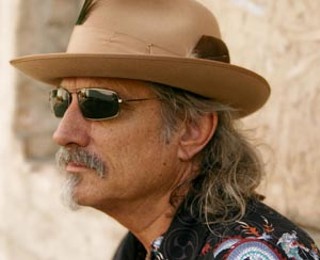 That's a good question. The general interest level in old Texas psych seems to be rising, and the return to activity by Kinney's old comrade Roky Erickson can only fan the flames.

"Roky always surprises you," says Kinney. "Just when you think you've got Roky figured out, he'll do something that makes you realize you don't."

Kinney ought to know, as his friendship with Erickson goes back to junior high. As a duo, the two strummed songs on the UT campus in high school, and later anchored a garage rock act called the Fugitives. Together they developed parallel strands of soulful rock & roll with transcendent, mystical lyrics and tripped-out flurries. Roky helped the Golden Dawn – named after the 100-year-old magical order – get signed to Houston's International Artists, the signature label for the then-burgeoning local psych scene (Lost & Found, Bubble Puppy, Red Krayola). Unfortunately, it didn't turn out as the Dawn (Kinney, guitarists Jimmy Bird and Tom Ramsey, bassist Bill Hallmark, and drummer Bobby Rector) envisioned.

"It killed us," laments Kinney. "It's like getting accused of a sex scandal – the damage is done by the accusation. If Power Plant had come out when it was supposed to, we would have been recognized as a very innovative and meaningful band of the era. It had nothing to do with the Elevators. Roky and Tommy [Hall] were very supportive, and they were the prime band. But we were next."

The ensuing lack of success was devastating to the youngsters, and they slowly faded from the public eye. Kinney, briefly in a band called Headstone, resurfaced in Austin in 1970. He helped his old buddy Erickson, incarcerated in the nefarious Rusk State Hospital, by smuggling out the manuscript that would become Roky's poetry collection, Openers, which Kinney actually published as well.

Kinney's odyssey included a stay in Nashville and a brush with Johnny Cash, then a return to the University of Texas in the Eighties. It all culminated in the release of Kinney's fine solo album After the Fall in 2000, along with the publication of his offbeat novel The Bandit King, described on the back jacket as "South Austin hick meets Mayan surrealism."

Looking forward, Kinney has a new album on the horizon as George Kinney & the Golden Dawn – featuring Bird, Hallmark, Ramsey, Charlie Prichard, Toni Price, and others – that will hopefully draw more attention to this eloquent artisan with a unique world-view.

Beyond that, Kinney has been contemplating an autobiographical look at the Sixties Texas psych scene. It would be hard to imagine a more fitting archivist.

"Nobody's really told that story," says Kinney. "All the things that you've seen or heard or read, none of it even touched upon half the shit that happened."