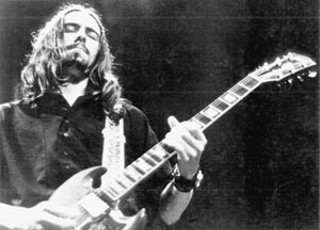 More than two decades after leaving the Austin music scene behind to raise a family, guitarist Todd Potter is diving back in with his solo debut, The Bell.

Once upon a time, Potter was the whiz-kid guitarist for Bubble Puppy, the Austin-based psychedelic hard rock quartet that gave Houston's International Artists label their biggest commercial hit with 1969's "Hot Smoke and Sasafrass" ("Hot Smoke & Sasafrass," Music, May 7, 2004). While "Smoke" went to No. 14 in Billboard and established the communally living, constantly rehearsing group as a regional concert favorite, it wasn't enough to sustain a career. After moving to California, signing with ABC/Dunhill, and changing their name to Demian, the Puppy broke up in 1972.

Potter returned to Austin in the mid-Seventies and played guitar for Rusty Wier's Fabulous Filler Brothers as they toured halls across the country, opening for big-name acts like the Marshall Tucker Band, Outlaws, and Charlie Daniels. Then Potter reunited with fellow Bubble Puppy guitarist Rod Prince in Sirius, a hard rock quartet that released 1979's Sirius/Rising before disbanding. A brief Bubble Puppy reunion followed in the mid-Eighties, but Potter found his priorities had shifted with marriage and impending fatherhood.

For years, Potter's neighbors in the hills west of town knew him as a homebuilder and youth-league basketball coach, not a musician. He still played guitar at home, but there was no time for rehearsals and gigs. After 17 years in the music business, he was ready for a clean break.

"I just moved out here and became a different person," Potter says. "It wasn't until the last few years that I leaked it. I sought out that anonymity, and I viewed it as an accomplishment. Now I could approach life from this new direction and see who I could become, but all the while, I knew I'd come back to it at some point."

Potter's return to music began five years ago when the Fabulous Chevelles asked him to sit in one night. Though reluctant at first, Potter eventually became the oldies cover band's permanent substitute guitarist and discovered his passion for music was intact. Armed with a wellspring of songs dating back to the Seventies, he began working on The Bell in 2002.

Todd Potter: out of the Bubble and into the present (Photo By Todd V. Wolfson)

Recorded at the bucolic Hill Country house he built with his wife Christie, the album plays as a gentle reconciliation of family and music by a man who clearly has a passion for both. Potter wrote all the songs and played almost everything on The Bell, fleshing out his well-honed guitar prowess with a Roland Fantom synthesizer.

Between the progressive country sentimentality of "Last Time," the Eighties synth-rock groove of "Kind," and the self-avowed "disco folk" of "Clear Channel Night," Potter covers a wide range of stylistic tangents. Guitar aficionados get theirs with no fewer than three instrumentals, including the lilting acoustic interlude "E-Peace." It's all a long way from "Hot Smoke and Sasafrass."

"Back in the days of Bubble Puppy and Demian, some of my pieces were more melodic, like I'm doing now," Potter relates. "But we got caught up in a wind, and Bubble Puppy evolved into more of a crunchy band as time went on. Lyrically, we moved that direction, too. There was even an era where I was trying to write pop songs that I thought were 'cool.' Now I don't do that. I just write things I'm passionate about."

While making The Bell was a solitary pursuit, Potter is putting together a band to play the songs live, including guitarists Larry Nye and George Rarey, bassist Andy Salmon, drummer Michael Christian, and keyboardist David Breaux. The lineup is a reunion of sorts: Nye was in Potter's Boy Scout troop, Rarey was Potter's bandmate in Sirius, and Christian played with Potter in a high school band called the Strawberry Shoemaker.

"We built our own speaker boxes and they were red Naugahyde with paisley grill cloth," laughs Potter.

With the passing of years and the stability of family life, Potter is more at ease in his approach to music than he was as a younger man.

"I've gotten more confident with my voice in maturity," he says. "I listen to the stuff I recorded in my 20s and early 30s, and I can hear that I wasn't a confident vocalist. Now I am. I know I'm not a great singer, but I'm confident I can deliver the message lyrically and vocally."

Despite that newfound ease, Potter isn't taking it easy. As someone who used to play guitar all day, every day, he knows what it takes to "tighten it up until it squeaks." Now he wants to be that kind of guitarist again.

"There's a point you reach where your dexterity is not an issue," explains Potter. "Anything you think, you can play. There's this little channel where you close your eyes, tilt your head back, and just let it flow through you."