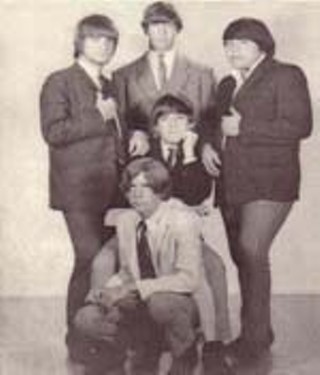 Zakary Thaks: the kings of South Texas rock then

"We weren't bad for a band that was only around for two years."

Chris Gerniottis recalls his early days in Zakary Thaks with a mixture of incredulity and pride. There they were: five young men from Corpus Christi in 1966-67, riding the musical wave from surf to psych with a rough-and-tumble, bluesy, Texas edge.

Gerniottis, Rex Gregory, Pete Stinson, Stanley Moore, and John Lopez were typical of early-Sixties teens, and inspired musically on two ends: the powerful British invasion of the Kinks, Animals, and Rolling Stones and the waning trend of surf rock

"There was a lot of English influence," acknowledges Gerniottis, "but surf music was definitely still around, at least through late '65. It was withering on the vine in Corpus by then, but this was probably one of the last areas of the country for it. You got the beach, you got the kids. It was a natural thing."

"Bad Girl" was the band's first single in 1966, the one most often recalled by fans. The song was tough, with staccato beats and a lo-fi garage arrangement. Its rapid-fire guitar and near-chanted lyrics were a blueprint for first-wave punk in the late Seventies. "Face to Face," the second single, opened with a wicked, fuzz-saturated salvo, reminiscent of the Yardbirds' "Over Under Sideways Down." Sadly, there's little recognition for Zakary Thaks today. Gerniottis, who works for the Corpus Christi Independent School District, recalls a rare occasion when a student snapped to his old band.

"There was a kid with his guitar in the ISS – modern day detention – and we started talking. He looked us up on the Internet, and the next time it was like, 'Whoa, you're so cool!' 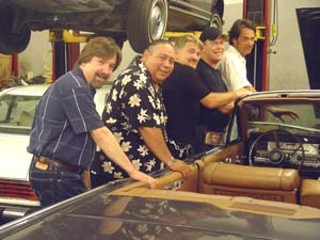 "Still, I don't walk around with a placard saying 'We Ruled South Texas.'"

Yet at one time Zakary Thaks did rule South Texas. They toured heavily as an opener for Jefferson Airplane, with Austin a primary destination. "The fraternity houses had deep pockets," chuckles Gerniottis. "The standard fee for a four-hour gig was $500."

The band began falling apart after "Face to Face," splintering, reforming with various personnel, and finally dissolving in the late Sixties. Though they reunited recently, bookings have not been "flooding the gates," according to Gerniottis. Nevertheless, New Orleans' annual saturnalia the Ponderosa Stomp issued the band an invitation for an April showcase, which led to the upcoming Beerland show with local garage rock worshippers the Ugly Beats.

Rex Gregory played bass for Zakary Thaks then, and today runs his own video business. Zakary Thaks is one of four bands he plays in.

"After 40 years, it's nice to still be appreciated," he enthuses.

Gregory also concerns himself about whether or not the band will be able to record their own songs again.

"We let them go to public domain and someone bought the rights and the masters and had them digitally remastered," laments Gregory. "We also have new old material never released."