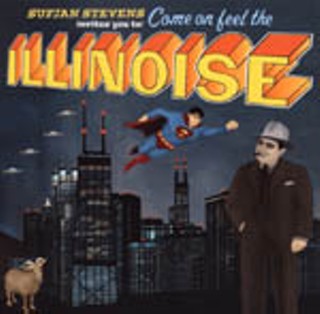 Detroit native turned NYC indie darling Sufjan Stevens set out to record a suite of albums dedicated to each state in the union. The inaugural collection, 2003's Welcome to Michigan: The Great Lakes State, was a triumph of ambition and creativity. Second entry, Illinois, is equally gorgeous and even more ambitious. The 22-song epic marries Stevens' personal history to that of the state, as well as knitting spare emotional lyrics with lush orchestral and choral arrangements, upping the ante for singer-songwriters everywhere. "Come on! Feel the Illinoise!" is a two-part song that moves from a flourished, acoustic homage to Chicago to a slightly more electric movement in which Windy City poet Carl Sandburg visits Stevens in a dream. The sheer ambition of such a song is entreating, and Stevens and his choir pull it off like pros. "John Wayne Gacy, Jr." is the strongest track on the album, and when Stevens exclaims "Oh my God" in reaction to Gacy's deeds, his agony is palpable. It's the twist he throws in at the end, singing, "I am really just like him – look beneath the floorboards for the secrets I have hid." Such goose-bump honesty is rare in music these days, and it echoes into the silence after the song's denouement. Interested parties may be hard-pressed to find a copy of Illinois any time soon despite its July 5 release date. Thanks to an image of Superman on the original cover art, more pressings have been delayed until the legal dust settles. 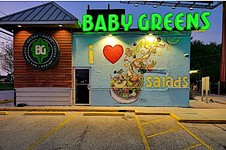