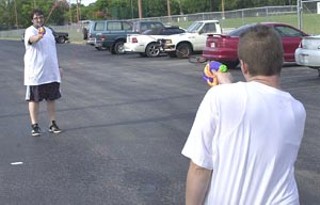 ASSASSINATION TANGO: If that downtown bartender, door-minder, or scenester seems a little twitchier than usual, he or she is probably wondering if you're about to whip out a water gun and soak their ass. About 75 people, including several Texas Rollergirls and employees of Emo's and Beerland, are a few weeks deep into an assassination game headquartered on the MySpace group Austin Assassination. The rules are simple: Players may only shoot their designated target and can't kill or be killed indoors (including cars), at work, or at home. Unlike the courtyard at Emo's, the awning spanning Beerland and Elysium is safe harbor, leading to 007 shit like a recent late-night showdown where one pursuer jumped onto an idling getaway car, barely missing his quarry's dive into the backseat. Other tales of rooftop sniping, curbside shoot-outs, and old-fashioned duels (like the one seen here) abound. Enrollment is closed, but not the black market for information. "No one will sell information," lamented one top assassin, safely beneath the awning, last Monday night. Those who step out of line, shooting innocent bystanders and the like, are relegated to an outlaw list and become fair game for the game's ever-expanding police force, composed of latecomers and eliminated assassins. Right now confusion and suspicion reign, with several players already mistaking their targets and shooting the wrong person (also grounds for the outlaw list), and still others winding up on the "incompetent" list for not doing anything at all. With only about two dozen kills so far, it looks to be a while. "This could go on at least a month," our assassin figured. "I think some of the bar owners are mad because a lot of people are staying in." Then he slipped back into the shadows and was gone. 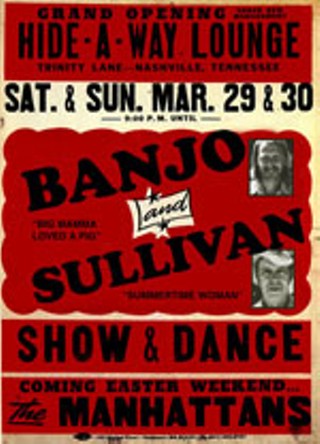 FRIEND OF THE DEVIL: Back in the late Seventies, shit-kicking bluegrass duo Banjo & Sullivan were Nashville's next big things, even signed to MCA alongside Lynyrd Skynyrd, when their career (and their throats) were cut short by homicidal hillbillies at a remote Texas motel. Their grisly fate is documented in the new Rob Zombie movie The Devil's Rejects, which opens Friday, and Universal Records has just released Banjo & Sullivan's The Ultimate Collection 1972-1978, featuring should've-been-hits like "I'm at Home Getting Hammered (While She's Out Getting Nailed)." Oddly enough, or maybe not, B&S sound a lot like local roots-rocker Jesse Dayton, who wrote the duo's songs last year in L.A. with help from his actor buddy Lew Temple (who appears in the film) and "three bottles of White Label Jim Beam." When they played the songs for Zombie, Dayton recalls, "he was laughing, really busting a gut. He called up Universal Records and got us a deal right there." The dreadlocked horror-metal kingpin is also a huge fan of honky-tonk and Southern rock (who knew?), and personally requested the fiery cover of "Freebird" that closes the album. "It turned out to be really cool," says Dayton. "We've got Erik Hokkanen ripping it up at the end – shredding, if you will."

ROOM TO BREATHE: Launching a pre-emptive strike on the smoking ban, the Back Room is readying an outdoor beer garden for when the ban takes effect Sept. 1. "It's just a way to keep people from walking out," says general manager Sean McCarthy. Besides a full bar, the patio will feature early acoustic sets by acts McCarthy hopes will lure some of the 31-year-old venue's former regulars back to Riverside. "All those people who go to the Continental Club and Saxon Pub now, they used to be rockers at the Back Room," he says. Music should start in October, McCarthy adds, because "September is just too damn hot." Likewise, Sixth Street punk refuge Ed's Cucaracha is thwarting the ban by (amicably) assuming control of the neighboring Jackalope's outdoor area, commencing Saturday with music from the Belltones, Krum-Bums, Mayday, Century of War, and Los Bones.

CROSSTOWN TRAFFIC: Natchet Taylor drummer Rob Taylor is recovering nicely from being sideswiped by a Ford Navigator last month while walking home with his girlfriend. The SUV ran over Taylor's foot, but "[his doctors] said the bones are fusing OK, and they're 99% sure he doesn't need surgery," relays brother and bandmate Natchet Taylor. With Rob sidelined for at least three months, the hard-hitting Red River rockers have had to postpone their Warped Tour appearance and a September tour for forthcoming CD Barely Legal, but still plan to release the disc Aug. 27 at Headhunters, with several friends filling in on the sticks. Redrum is hosting a benefit for Taylor July 31 with a reunited Rubberhed, Air Tight Alibi (giving away copies of their new From My Cold Dead Hands), the Riddlin' Kids, and Born to Lose. 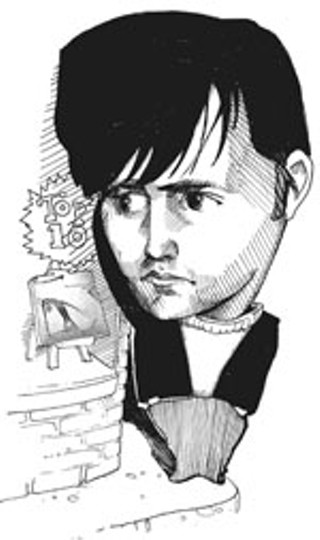 END OF THE WORLD: Released last week on local indie Tight Spot, This Microwave World's brash, jittery Red States is one of this year's better Austin albums and, sadly, probably the only one they'll ever make. "We were friends who became a band, not the other way around," says frontman Sean O'Neal (right), acknowledging the synth-charged fivepiece is no more. "Maybe it was the pressure of having to step up the business side of things, or everyone's frustration at the fact that things weren't happening as quickly as we'd hoped," continues O'Neal, "but when we went back into the studio to begin working on new material, that same camaraderie wasn't there." The band opted to end things rather than "deepen some wounds," but, notes O'Neal, "we went a lot farther than I ever dreamed we would."

Speaking of Willie, the same man who once blazed up on the roof of the White House and his record company, Lost Highway, bowed to Wal-Mart's wishes and agreed last week to alter the cover art of new album Countryman from a pot leaf to a more red-state-palatable palm tree.

The Sword (playing as Funeralizer) positively pillaged the Whiskey Bar last Thursday, covering Led Zeppelin II front to back. It was, as you might imagine, fucking awesome. TCB and friends would like to see this happen more often, so here are a few unsolicited suggestions: Trail of Dead, 2112 (Rush); What Made Milwaukee Famous, Heroes (David Bowie); the Glass Family, Green (R.E.M.); Single Frame, Sister (Sonic Youth); Zykos, Parklife (Blur); the Small Stars, A Night at the Opera (Queen).

Spoon's ever-so-subtle campaign of total media saturation continued last week when Gimme Fiction's "Sister Jack" surfaced on the Wedding Crashers soundtrack. An earlier draft of the film's script is also said to have Owen Wilson and Vince Vaughn's characters referring to their private parts as "The Beast and Dragon, Adored."