For So Long, Clean, One Foot Out the Door, and The Sapphires (n / a) 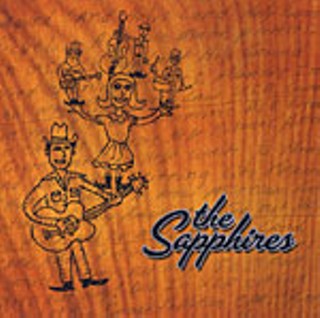 The recently completed Songwriter Series at Threadgill's WHQ provided "Girlie Action" with a column's worth of noteworthy women. Chief among them is Robyn Ludwick, whose debut For So Long ought to land her in local Top 10s for 2005. That she's sister to Bruce and Charlie Robison only partly explains her stunning display of songwriting craft. Producer/ex-Bad Liver Danny Barnes can take credit for fine-tuning Ludwick's wonderfully woven balladry ("Stranger," "El Dorado"), but when it comes to taking the bows for a stellar performance, Robyn Ludwick is front and center. Clean is Pamela Ryder's second album, 12 tracks of solid rock & roll, a welcome contrast to the legion of local folk and country songwriters. The whiskey-and-lace edge of the Buffalo, N.Y., native's vocals and her guitar muscle are well served by "Lover Don't Leave Me," and though "I Am" is naively anthemic, Ryder's well worth her place on the "Girlie Action" Watch List. Abi Tapia also just released her sophomore album, One Foot out the Door. The dozen confidently written songs weave tales of a woman assessing life and love with an uncompromising eye and sometimes bittersweet results ("Calamine Lotion," "For a While"). Produced by Chris Gage, One Foot gives Tapia a head start. The Sapphires were not part of the Songwriter Series, but lead vocalist Rebecca Cannon has cred (Sincola) and Western style to burn. Their self-titled debut is a delightfully traditional serving of wicked country pie, nine tasty songs mostly written by Billy Brent Malkus, whose duets with Cannon come off as postmodern Porter and Dolly on the righteous "Ladyfest, Texas" and "Cold Silver Ring." Cannon's overdue for a comeback, and with the local trend toward hardcore country as evidenced by Dale Watson, Billy Dee, and Heybale, the Sapphires ought to be opening for Alvin Crow at the Broken Spoke.