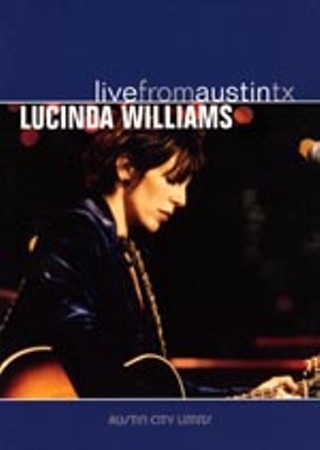 Parceling out 30 years of Austin City Limits on DVD remains a no-brainer, though these three titles are only the second rollout from the archives of the internally renowned PBS staple (see "Texas Platters," November 5, 2004). The triumvirate of artists chosen for batch No. 2 cut a wide swath through the singer-songwriter field, each staking their territory with style and panache. Here's Richard Thompson in 2001 with a lifetime of hard post-folk, Son Volt's rustic gravity rising from the ashes of Uncle Tupelo in 1996, and Ms. Lucinda Williams in 1998 as her star reached ascendancy with Car Wheels on a Gravel Road. The performances are pristine, classic ACL quality from the astute camera work to perfect sound, yet the whole says much less than the sum of its parts. The show's history carries some of the most illustrious names in music, but Thompson and Son don't quite represent such historical weight. Furthermore, the appeal of the DVD format is the ability to bring more to the table, and there's a distressing lack of extras on these discs. Backstage interviews with the acts, a gallery of Scott Newton's performance photos, director and/or artist commentary, discography – any one of these enrich the ACL experience. The Thompson performance rolls out with a separately sold companion CD, but truth be told, three decades of stellar programming ought to yield more dynamic names at the outset, immortals like Ray Charles, Bill Monroe, Jerry Lee Lewis, Fats Domino, and Roy Orbison. In the end, one question in particular remains: Where's Willie?