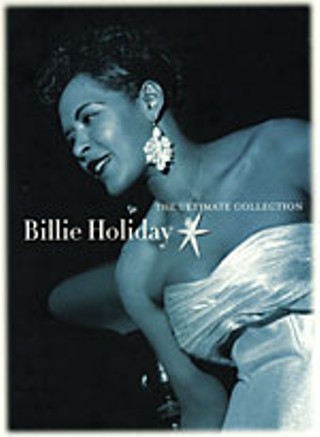 Up to this still formative point, equanimity between the audio and visual portions of most CD/DVD combos has been mostly nonexistent. One or the other always betrays the balance of resources. Double DVD set Blanco y Negro, Bebo & Cigala en Vivo (Bluebird) spins off from last year's Lágrimas Negras CD, the heralded summit of 87-year-old Afro-Cuban piano sage Bebo Valdés and Spanish flamenco crier Diego El Cigala. Despite an expert, B&W shoot by Cigala's fellow Madridian and benefactor, Oscar-winner Fernando Trueba, who produced the album on his Calle 54 imprint – named after the director's previous music documentary – the DVD can't salvage the ill-conceived pairing. In the studio, a balance between band and Cigala's Gipsy Kings monotone buoys the project, whereas live in Mallorca, only Valdés' brief solo interlude casts his sprightly Ellington touch in the proper context. His due follows on the second DVD's hourlong documentary, which still plays like a thinly disguised rationale for Trueba's chemistry experiment… Afro-Cuban jazz vet Arturo Sandoval's first-ever live disc, Live at the Blue Note (Half Note), is the kind of intimate blowout the trumpeter's visited on Austin's One World Theatre. Perfect candidate for Dual Disc treatment – CD on one side, DVD on the flip – Blue Note's audio plays twice as bright as the corresponding DVD's dingy club setups, though only through the visuals is the full extent of the bandleader's multi-instrumentalist abilities revealed. A brief interview with the jovial Sandoval screams for a "play all" option… Billy Crystal Presents the Milt Gabler Story (Verve) also combos CD and DVD, but the comedian's 30-minute doc doesn't do his favorite uncle justice. Fortunately, 26 career-defining tracks by cornerstone acts (Billie Holiday's "Strange Fruit," Louis Jordan's "Choo Choo Ch' Boogie," Bill Haley & the Comets' "Rock Around the Clock") ground Gabler's Rock & Roll Hall of Fame legacy, even through the latter years' squareness, though Der Bingle Crosby's "MacNamara's Band" makes its case as the subliminal blueprint for the Beatles' "Yellow Submarine"… Gabler's greatest collaborator, Billie Holiday, is smartly anthologized on the 2-CD portion of The Ultimate Collection (Verve) – amply, chronologically – but its DVD is the ultimate collection. Ten film/TV performances, including the only known footage of Bessie Smith, and a wealth of archival pictures, documents, and audio-only interviews (John Hammond, Mike Wallace) funnel into an interactive timeline demonstrating the attention to detail that went into this set. A pointed letter from Holiday to Tallulah Bankhead, audio rehearsal candor, and the forever remarkable Sound of Jazz segment are "Strange Fruit" worth cutting down.