Oscillons from the Anti-Sun (Too Pure) 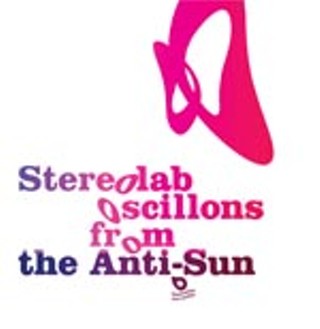 Oscillons From the Anti-Sun (Too Pure)

The old adage "If it ain't broke, don't fix it" could apply to Stereolab's entire career. Their bubbly, bossa-art nouveau was consistent throughout the Nineties, all retrofit Moog and cutesy French pop. They exuded a certain, how do you say – joie de vivre – in their live and recorded work that no other band has matched. They were prolific. It wasn't necessarily accessible, but Stereolab had their die-hard congregation, and every album was gospel. This 3-CD minibox pulls from Stereolab's EPs and includes rare tracks, live performances, and videos spanning a period of close to 10 years. "The Noise of Carpet" and "Cybele's Reverie" are two of the more recognizable 'Lab moments, bumping with energetic beats and singers Laetitia Sadier and the late Mary Hansen's harmonies. "Noise" in particular sounds bigger and thicker; as one of the more "rocking" Stereolab songs, all fuzz box guitars layered over bah bah bahs and doo doo doos, it sounds like a dozen great songs rolled into one. Beyond that, there are other moments of crystallized bliss: bouncy "Les Yper Yper Sound," anthemic single "French Disco," dreamy "Fluorescences" pop, wistful sparkle of "Jenny Ondioline," which appears again as an alternate version and a video, Sixties Franco bomp of "Escape Pod [From the World of Medical Observations]," and the dizzying "Ping Pong." There are also the trademark moody tunes: gorgeous "Brigitte," the Bacharachanalia of "Allures," false security of "Fruition," extended "Nihilist Assault Group," and the orchestral "You Used to Call Me Sadness." For a band that canvassed so many different genres, this collection still works. Then again, it was never broken.