Down in the Dirt 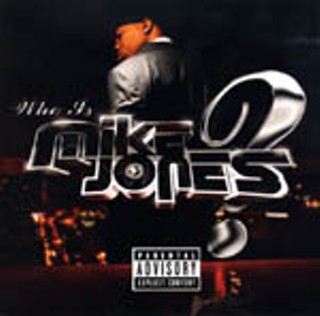 As the words "still tippin' on four-four's, wrapped in four Vogues" echo through wide canyons of rap nostalgia, a distorted violin loop sends cold shivers through nodding bones as the ghost riders of Texas emerge. MCs Mike Jones, Slim Thug, and Paul Wall might be the ones with their names on the most ominous underground single of the past two years, but it's local producer Salih Williams who summoned its ghastly spirit.

Infusing Boyz-N-the Hood paranoia with a syrup so smooth its intoxicating potential is apt to raise the dead, "Still Tippin'" almost never left Williams' Luling laboratory. "The first MCs who heard the instrumental actually didn't like it," he recounts. "They thought it was too slow and creepy. So for a time it was thrown aside."

As every mix tape DJ worth his salt thanks the big Longhorn in the sky for its granting of the track's resurrection, Williams watches as two of his rhythmic hobgoblins – Mike Jones' "Back Then" and Paul Wall's "Sittin' Sideways" – race about the hip-hop vista.

"Texas is having its time now," wagers Williams. "There's so much untapped talent here waiting to be developed simply because unlike New York and Los Angeles we haven't enjoyed the luxury of having the majors in our back yard. The way I see it, there's only so much water you can pour into a cup until it spills over. And it's not just good artists getting [signed]. It's specifically good artists with good business sense."

Having just signed a deal for himself and his brother Tomar to produce albums for Universal, the '91 Reagan High School graduate tributes much of his success to local music digs.

"I remember when Austin was all about bands, bands, bands," he says. "I used to play keyboards at Catfish Station on Sixth Street in groups like 602, Strat2G and the Bizness. If it wasn't for that scene I probably would've dropped out of music for good. Don't get me wrong, I love DJs, but it's fine time to bring back that live sound. I'm putting my studio together to do just that."

Connecting with Houston's Wreckshop label in 1999 to do his first significant production work on Big Moe's first two albums, City of Syrup and Purple World, Williams scored his first carnival ride of a hit in the psychedelic form of "Purple Stuff." His organic, off-kilter arrangements stick out like wild javelinas trapped in a pig pen of predictability. Describing his style as "down in the dirt," Williams positions the crassest rap within reach of old timers, churchgoers, and country music fans alike.

"At my record store in Luling, guys with boots and cowboy hats buy Garth Brooks and Mike Jones CDs together as if they are a natural pair. That's just Americana at work in that we're all gangstas. We're just gangstas in different ways."