the Casting Couch, the Shim Shams, and the Cutaway 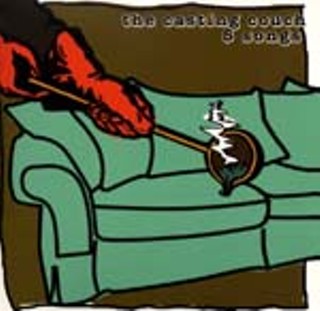 The introductory EP is a tried and true industry standard, the bridge between demo and LP. For three newborn Austin rock acts, it's enough to whet listeners' appetites for what are soon-to-be anticipated debut discs. There's no better way to summarize the sonic steal that is 5 Songs from the Casting Couch. Patched together by government employees, students, and a few transplants from Athens, Ga., this fivepiece could become one of Austin's most exciting new bands. Imagine what South Congress would sound like if Liz Phair had settled in, and that begins to paint the Casting Couch picture. Alt.country and college-grrrl pop fuse themselves in a splendid way, songs like "Flying Machine" and "Copper Girl" bound for greatness. Not so instantly bound for that same acclaim is the new self-titled EP from the Shim Shams. New Wave influences clog up the drain, and rather than sound retro, the Shim Shams are more of a mishmash. Songs such as "Jiggy Woo" and "The Shim Sham Song" are about as original and creative as their titles suggest. The Shim Shams means the fledgling act now has studio time under its belt, and, hopefully, they'll craft actual songs when they go long. Meanwhile, the Cutaway do what many local rock acts have failed to: stitch indie rock flourishes into a Top 40 pop tapestry. Featuring former members of gone-but-not-forgotten Austin collectives Mineral and Pop Unknown, the Cutaway's Ready for the Fall EP would be predictable if it weren't so surprisingly clever ("Something New," "Headline"). Perhaps they rely on the crutch of emocore arrangements too often, but that doesn't prevent these five songs from being Ready.