Sorting through the spring flood of new records and old festivals, plus a deeper look inside George W.'s iPod With the winter doldrums safely behind us, outside is the only place to be on these glorious spring days. A soundtrack for your great outdoors…

EEYORE'S BIRTHDAY: The one and only. A.A. Milne's despondent donkey rings in his 42nd year at Pease Park with the Mau Mau Chaplains, Tribal Nation, Fire and Isis, and that confounded drum circle. Free. (April 30)

SHINER B.A.S.H.: A 90-mile bike ride from Austin, San Antonio, and Houston to the little town with the big brewery culminates in a concert with Robert Earl Keen, Kevin Fowler, Daryl Lee Rush, and Shiner's own Bill Pekar. www.shiner.com. (May 14) 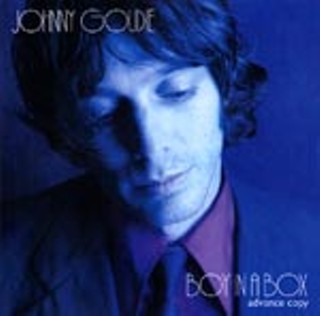 New bands and new albums are as ubiquitous as wildflowers. Or is that allergens? No matter: The air is alive with new local music right now.

1986: Fans of Grand Champeen, Prescott Curlywolf, GBV, and Dinosaur Jr take heed: this spanking-new local trio is ripe for adoption. One listen to the hyperactive guitars and melancholy sentiments of their upcoming 10-song debut and you'll know why.

GONE WITH THE GHOSTS: Formerly Death at Sea, locals Mark Nathan and Bryan Bowden recruited onetime Ozma singer Daniel Brummel for this seven-song demo of intelligent modern rock. Tuneful and versatile enough to make a whale of an album someday.

JOHNNY GOUDIE, Boy in a Box (F+M): Back on his own after a spell in Endochine, Goudie returns to the glossy, atmospheric rock of his Elektra days. By turns delicate, sarcastic, and infectious, Box displays Goudie's melodic talents in full bloom. 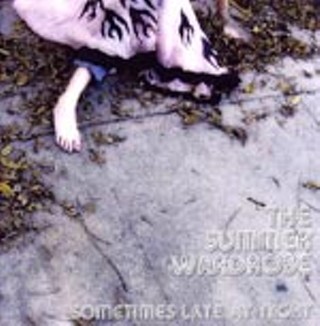 HOGNOSE, El Sombrero! (Arclight): Exactly what you might expect from a band called Hognose: Thick, deliberate, irascible metal that might as well have the Stars and Bars tattooed on its forehead. In a word, brilliant.

BILL JERRAM BAND: Exuberant roots-pop from the former Danglers frontman, who's learned lessons from Elvis Costello and Two Hoots & a Holler, among others, quite well indeed. YOUNGMOND GRAND, The Sculptures Fall EP: Strong debut from the heirs to Fivehead's ragged indie-rock throne. If you don't recognize yourself or your friends in "Break Guitars," you obviously don't live in Austin.

With Republicans now besieged by outcries over Terri Schiavo, Social Security, Tom DeLay, and astronomical gas prices, the media is right there with a probing examination of ... the president's iPod. According to Monday's New York Times, W cranks George Jones, Alan Jackson, Van Morrison, and locals the Gourds, Alejandro Escovedo, and James McMurtry while mountain-biking around his Crawford ranch. However, the Department of Homeland Security successfully suppressed several other songs from becoming public knowledge until an old Daily Texan buddy now in the White House press office e-mailed TCB the complete list. Here's a few the Times missed:

The Beatles, "With a Little Help From My Friends"

The George W. Bush Singers, Songs in the Key of W (album)

The Clash, "Rock the Casbah"

The Who, "Won't Get Fooled Again (WMD remix)"

• Congratulations to black sheep boys Okkervil River, fawned over by New York Times music scribe Kelefa Sanneh in Saturday's "Critic's Notebook." Frontman Will Sheff, saith Sanneh, writes songs "full of elegant phrases and unexpected images that tell – or don't quite tell – stories of characters trying to find out if they need each other." Elsewhere, PitchforkMedia.com gave 7.2 out of 10 to Single Frame's new Body/End/Basement, reviewer Jason Crock opining that Body "retains both the distorted, damaged electronics and the brevity of their debut."

• 1999's Rock Opera, the funniest, most true-to-life film ever made about the Austin music scene, finally gets its long-overdue DVD release Saturday at Room 710, with sets by Opera alumni Honky, Castle Siege, Gun Totin' Meateaters, and Los Platos. DVD extras include a live score by Tia Carrera and a drinking game guaranteed to get you as wasted as the guys in the movie.

• Early voting for the May 7 election starts Wednesday, so vote, dammit!