Year of the Monkey (Trespass) 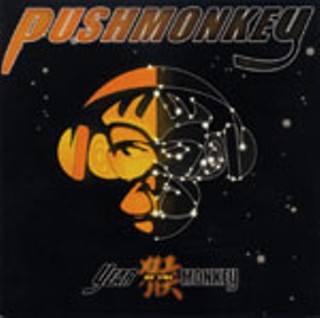 Year of the Monkey (Trespass)

Pushmonkey successfully balances accessible melody with between-the-eyes, lead-boots delivery. Celebrating a decade together, the heavy Austin quintet hasn't had longevity merely handed to them, touring through the ranks, self-releasing tapes, giggin' at Ozzfest and with Godsmack, Kid Rock, and Fuel, and being "discovered" by Arista. So where to now, in a world of liquid record deals and digital self-promotion? Dig in, and stay the course. Year of the Monkey isn't vastly different than 2001's El Bitche, but it does have a slicker, fuller sound, thanks in part to Butthole Surfer Paul Leary, who slides faders here and sprinkles headphone candy there. On "Too Good to Be True" and "10,000 Miles," Pushmonkey's never sounded better, with venom, vibe, and vulnerability coming together perfectly. With such provocative sonics, equally anticipatory expectations of the lyrics flounder with too many breakup songs and the ersatz hip-hop misogyny of "I'm Down." And what, no trumpet or other fucked-up shit? Still, if distributed widely, Year of the Monkey could be a nice shot in the arm for these Austin Music Award winners. Or even prophetic.