Saw It on the X 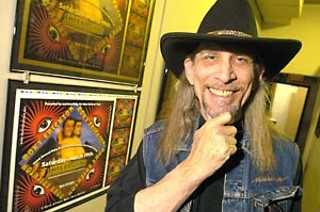 To hear Bill Narum tell it, Austin was founded as an arts colony, so as a native son, what else could he become?

In fact, the 58-year-old graphic artist has been at the forefront of nearly every advancement in the arts since he was born in the Texas state capital to two UT students who became professional artists. Narum's sleek pen-and-inks of Houston's Sixties counterculture, where he grew up and later co-founded radio station KLOL, gave way to a keen interest in Seventies video technology and the Eighties boom of game designing in Austin. Yet Narum's claim to fame is bad, nationwide: He was the artistic/graphic architect of that little ol' band from Texas, ZZ Top. The breadth and depth of his career is on display this weekend at the South Austin Museum of Popular Culture. 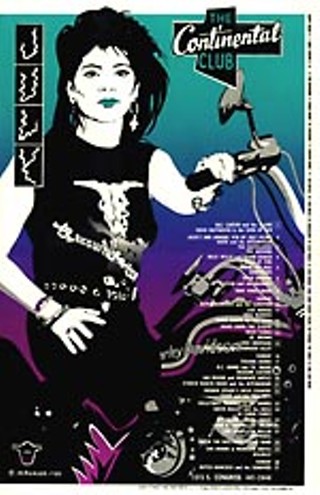 The text from the museum's brochure is as enticing as Narum's iconic skulls, cactus, and barbed wire used to embody bone-crushing Texas rock & roll.

"Ever seen the stage sets that ZZ Top uses? Listened to KLOL in Houston in the late Sixties? Watched concert footage filmed at the Armadillo World Headquarters? Coveted that 1973 Springsteen Texas Tour poster? Read about the Texas booth at MIDEM in Paris? Well, boys and girls, you've been looking at, reading about, and listening to the creative works of Bill Narum."

Sitting at a table in Threadgill's south restaurant on Easter Sunday, Narum points through the window to the beer garden and talks about his part in designing it. In the filtered sunlight, his handsome face is crosshatched with age lines, signs of a life well-lived falling into place when he smiles. His eyes are as blue as Texas skies. His "significant other," Gloria Hill, whispers bits of personal information, such as his recent election as president of the board of directors to the South Austin Museum of Popular Culture. 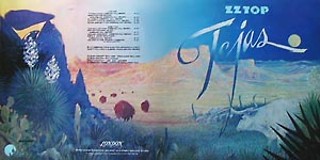 Both have been busy working on Narum's exhibit, pulling together the vast array of media he's used throughout his 40-year career. They're assembling what SAMPOC director Leea Mechling describes as "the quirky, irreverent undertones for which he is so well known."

"Bill Narum's work is an excellent example of groundbreaking counterculture artwork from the Sixties to present day," she continues. "He's applied his talents to radio, newspaper, film, poetry, painting. He's a major contributor to the cultural dynamics of not only Austin, but Texas, the United States, and the world."

Such effusive praise doesn't engender any false modesty in Narum, but neither does he shy away from acknowledging his role in the Texas counterculture. Asked about his long, strange trip, Narum couches his replies in historical context, making it clear that for him, everything works for a reason. That's certainly true for ZZ Top. Narum's canvases knew no bounds with the beard trio from Houston. In addition to their logos, album covers, stage sets, T-shirts, and merchandising, he designed murals for the band's fleet of semis and tour buses that left little question as to where they were from. ("Everything that could be stripped from their exteriors was. Fans ripped it all off"). Creem magazine once called to verify that ZZ Top's stage set was three times the size of the Rolling Stones'. And when the Top received a standing ovation and encore on the Stones' 1981 tour, their opening slot gig was summarily canceled. "We were the number one eight-track tape seller," laughs Narum. "That's how we tested if the sound was good. As soon as it was mixed, we'd burn it to an eight-track and throw it in the van. We'd listen there to see if the mix was good." 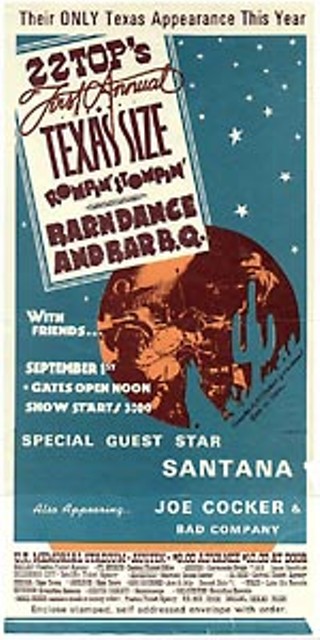 Narum speaks as though he was the fourth member of ZZ Top.

"He was part of the band," insists his partner Hill, her golden brown eyes shining in support of his, shaping of ZZ Top's image. Turning to Narum, Hill's expression is resolute in that the band's visual personality was as much a part of their success as their Texas-style blues-rock. And she's right. So how does one cram nearly all that art career into one show? The question makes both Narum and Hill laugh.

"The last show I had, 'Zooids,' was in 1978 or '79 at the Armadillo," says Narum. "This is a much smaller space, but it's the Museum of Popular Culture, so there's a taste of everything – posters, newspaper covers, underground comics, illustrations, album covers, T-shirts, books, videos, paintings, some of my solar energy designs – even a dashiki of mine from the Sixties." 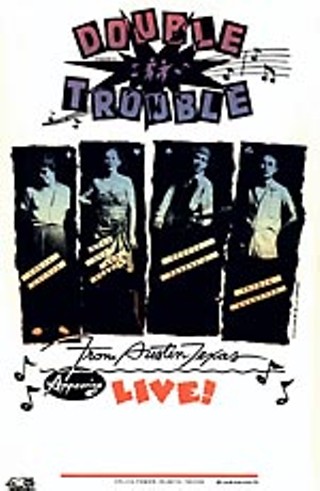 As Narum reels off the various exhibits, he reflects on the evolution of his style and the hard line on the changing face of poster art.

"In the fifth grade, I'd been drawing girlie cartoons from Playboy in a notebook, and I left it in my desk after class. The next day I was reprimanded for disrupting class because they were passing around my notebook. The teacher called my parents and turned it over to them. My mom looked at it and said, 'I have one thing to ask you: Did you trace these or draw these?' 'I drew them.' I told her. 'Well, okay. That's good,' she said.

"I had to fight the entire Texas education system in order to get a career, but I had the backing of my parents.

"Right now, we're not poster artists. Technically, the only thing that distinguishes a poster from its similar cousin the handbill is the vehicle by which it's conveyed to a third party. If you hand something to someone, it's a handbill. If you post it, it's a poster. It has to be posted to be a poster.

"You can be too good an artist to be an effective poster artist. A lot of young artists have forgotten that, and a lot of today's posters don't qualify as such because you've got to have a cause-and-effect on delivering an audience. It's an advertising medium, a promotional device.

"Today's technology works hand in hand; it moves people away from print, but at the same time, it gives it another life on the Net. The Internet allows visual images a bigger life than they could get in print. A second time around."