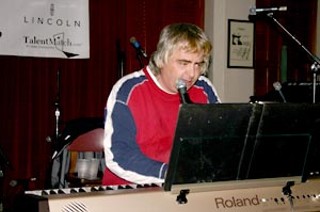 The two artists who opened this night at the Cactus Cafe are part of the old, weirder Austin. Much to the delight of the assembled many, they proved why they were loved then and remain that way today. Kathy McCarty claimed she hadn't been onstage in ages, but aside from a little nervous energy in the beginning, you'd never have known it. With her hair piled high on her head, McCarty appeared uncharacteristically matronly, but her usual charm and humor shone through as she mixed songs from her sterling new disc, Another Day in the Sun, with tunes from her collection of those written by Daniel Johnston, 1994's Dead Dog's Eyeball. With assistance from a trio that included former Glass Eye bandmate Brian Beattie, McCarty hopped from Eighties alternative diva to fractured funk to edgy singer-songwriter with her strong, clear voice and an artsy glee. Not surprisingly, her rendition of Johnston's "Livin' Life," perhaps her best-known song, was received with notable enthusiasm, and she left the stage to a standing ovation. But McCarty only served as an appetizer for Johnston's fans, as Daniel followed with his own set of innocence and truth. Accom-panying himself with just guitar and piano, Johnston's simple lyrics and melodies flowed by in a steady stream of consciousness that was unpretentious and familiar. Midset, he made a point of saying how much he loved Christmas and claimed his current philosophy of life is to live every day as if it were Christmas. His charisma was working overtime, and when an audience member said they loved him, Johnston, quick as a whip, retorted, "I know you love me, but I'm not Elvis." He then closed with "True Love Will Find You in the End," one of his more hopeful tunes, which left us each with a knowing and satisfied grin.