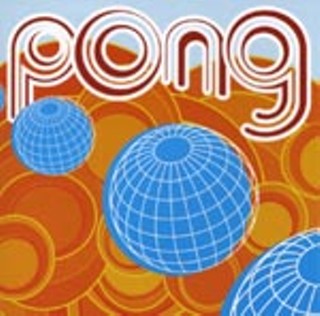 Materializing out of the fog machine with 2001's Killer Lifestyle, one of America's great post-punk spawn, Austin's Ed Hall, added keys, a second guitar, and gave itself a New Millennium makeover: Pong. Fun replaced fury with funky, a lithe, robotic bounce – They Might Be Giants as opposed to Trance Syndicate. Twenty grand later, the video soundtrack to Killer Lifestyle's "Bubble Jungle" has ballooned into Bubble City, early android beefed up with Man or Astro-Man? And like Ed Hall's 1995 swan song, La La Land, this sequel never betters its opener, "Killer Lifestyle." Sharp scales peel off into the broiling underbelly of bassist Larry Strub and Lyman Hardy's bedrock drums, up from which Shane Shelton's synthesizer burps lava lamp bubbles. Guitarists Gary Chester and Jason Craig zigzag it together with spidery weaves. Behold the first Red River anthem of 2005: "He's a real smooth talker, he drinks Johnny Walker. He says, 'Gimme Johnny Walker and water without the water.' He says, 'This is the killer lifestyle.'" Does he ever. "He say, 'Get into my limo, I really like your demo, it's snowing in July, and now inside it's raining bimbos.' He talk a walkie-talkie, he fly a helicopter. The best seats in the house like he's the Phantom of the Opera, singing, 'This is the killer lifestyle.'" A total bore, you know him well. "He's a fake punk rocker, he gets baked like Betty Crocker. He makes lots and lots of money, but prefers to eat a Whopper. He says, 'This is the killer lifestyle.'" At the end, cascading melodies fall like rain in the biosphere. Brings a tear to your eye. The calliope intro to "Secret Meat" and space needling riffs don't miss a beat next, herky-jerky skeleton riffs à la Oingo Biongo. Batting third, the other hit is the Seventies cowbell intro and Grand Funk of "Interpol," aka "Interpol boogie," automated vocals et al. The rest of Bubble City never quite measures up to its lead-off trio of songs, but at 37 minutes, it cuts 12 minutes of flab off the debut and is as lean as fluorescent body paint. To its considerable credit, Bubble City's bob and bounce shore up nominal tunes better than any band has a right; Strub/Hardy are indie rock's Bernard Edwards and Tony Thompson. More Seventies ("The Owl") and a pastoral instrumental ("After School Special") give way to closer "Finally," a goof about Led Zeppelin's cutting tape (complete with Darkness/Young Heart Attack outro). Just as Houses of the Holy didn't include its namesake, Killer Lifestyle saved its best and brightest for Bubble City. This is the "Killer Lifestyle."