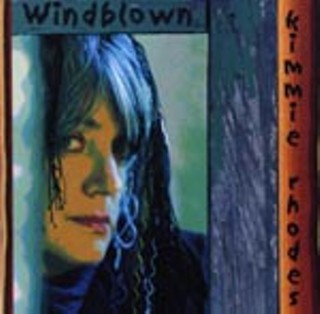 Following the big sky ascendancy of 1996's West Texas Heaven, Kimmie Rhodes burrowed deep for what seemed like an eternity. The last five years have reversed that trend: the confidence of 2000's Rich From the Journey, 2002's peak Love Me Like a Song, '03's half-hearted duets with Willie Nelson, Picture in a Frame, and last year's B-sides disc, Lost & Found. Her latest is Windblown, the soundtrack accompaniment to a play starring Rhodes and big tuna Joe Sears, which premiered last month in Houston. As with the songbird's last several albums, Windblown, following the inner and outer journey of a woman exiled from Texas realities, was produced with acoustic delicacy by master musician Gabe Rhodes, the singer's gifted son. Sadly, like many such projects, the fragmented, impressionistic nature of Windblown doesn't stand alone as its own song cycle. Divided into two acts, the first is the departure, and the gentle, opening title track is as good as anything Rhodes has written ("Do you think it's unkind to suppose, that the desert's no home for a rose?"). The three tracks that follow are more developed melodically than lyrically, butressed by the compelling click-clack of "Desert Train" ("Gone in the belly of a whale on the desert train"), which matches the title track in accomplishment. Unfortunately, the entirety of the second act is mostly a wash, filled in with a pair of instrumentals. No doubt Windblown wafts like West Texas intoxication, but the empty landscape is also what its characters seem to be fleeing.