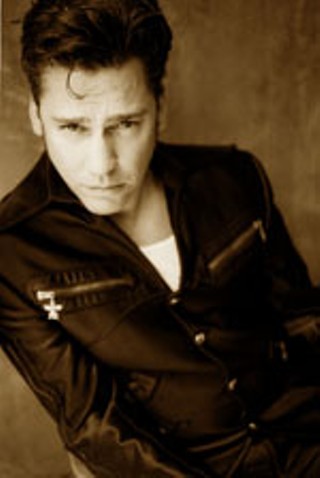 Without even realizing it, most people have a stock word or phrase they use to punctuate conversational pauses. Know what I mean? With Jesse Dayton, over a Lone Star at Ego's, there's a "know what I mean?" nearly every other sentence. Of course, at no point during the conversation is his meaning anything less than clear. Quite the opposite.

Dayton's fourth album, Country Soul Brother, came out three weeks ago on Stag Records, the label he co-owns with his manager. Its reception has been very warm. Kathy Coleman of About.Country.com, in her five-star review, thinks the Beaumont native "ought to be in the mainstream, ought to be on the radio, ought to be heard."

"I'm waiting for somebody to slam me, so I know I did something different and cool," he says, smiling but not joking. "You gotta piss somebody off. If you don't piss off the traditionalists, you're not doing anything new and exciting."

The thing is, it's hard to piss people off when your album sounds like a near-flawless fusion of Jones boys George and Tom. Now 35, Dayton hasn't worked as anything but a musician in a decade, and he's worked his East Texas ass off. His perpetual touring has won over crowds waiting to see Social Distortion and X, and fostered devoted followings on the West Coast and in the Midwest. Even the roots-phobic Eastern Seaboard is starting to come around. Nonstop sleeping on floors with the Alamo Jets and Road Kings led to chops that allowed Dayton to sit in with Waylon Jennings, Ray Price, and the Supersuckers. (Who else can say that?) His raw talent so impressed Doug Sahm he recruited Flaco Jimenez and the West Side Horns to join him on Dayton's 1995 debut, Raisin' Cain. Dayton and Sir Douglas also shared an acquaintance with infamous Gulf Coast mogul Huey P. Meaux and a mutual passion for the national pastime.

"I got to go to a game with him and Clifford Antone in the Astrodome," says self-professed baseball nut Dayton, who has since sung the national anthem at then Enron Field, now Minute Maid Park. "It was awesome. I just listened to him and Clifford talk about stats the whole time."

The other, most important thing Dayton and Sahm have in common is an innate understanding that the divisions between country and R&B, rock and soul, Cajun and conjunto, or any sort of indigenous Texas music, are negligible. Country Soul Brother's title track trades off between banjo and B-3. "Moravia" transplants Memphis rockabilly to the Rio Grande Valley. The cocksure "Tall Walkin' Texas Trash" outfits punk rock swagger in Wranglers and a pearl-snap shirt. "All Because of You" weaves Cajun accordion around honky-tonk steel. Full-bodied horn charts on "It Won't Always Be Like This" and "Just to Get You Off My Mind" establish a direct line to swampy regional legends Cookie & the Cupcakes, who hailed from just across the Louisiana line from Dayton's old stomping grounds.

"I didn't grow up on just country music," he explains. "I listened to a lot of black music as a kid. I would just as soon listen to Otis Redding as George Jones. I think they're both the same. It bums me out when people don't get that. I want them to take the stick out of their ass and loosen up a little bit."

Dayton is as proud as he can be of his Golden Triangle roots, which are intertwined with some of the area's other prominent musical figures. His dad went to high school with George Jones. He met Clifford Antone when the Port Arthur-raised nightclub impresario gave the 17-year-old five records from the trunk of his Lincoln Continental. Dayton's first real gig was at the Old Beaumont Cafe in downtown Beaumont, opening for Paul Ray's Cobras featuring Angela Strehli and Stevie Ray Vaughan. "My mouth was on the ground," he recalls. He was the only student at Beaumont Charlton Pollard High (BCP to locals) driving over to Houston to see the Clash. Before he graduated, he was taking gigs wherever he could get them, and has been ever since.

"We played everywhere," Dayton says. "Weddings, country clubs, nursing homes, rock clubs, backyard parties – anybody that would have us. It's funny, I'm still doing that shit."

Dayton has little trouble finding gigs these days. He's already booked eight months into 2005, at places like the Continental in both Houston and Austin, Galveston's Old Quarter Cafe, Casbeers in Doug Sahm's hometown, and the Jim Beam Holy Cow Cooker's Tent at February's Houston Livestock Show & Rodeo. Most often it's at Ego's, the cozy South Congress basement bar that has also nurtured Dale Watson, Ted Roddy, and, most recently, a Tuesday night clinic with Redd Volkaert & Billy Dee. It's rare for Dayton to skip a Thursday there, either with his band or the newly resurrected Two Hoots & a Holler, whose February album he produced and will release on Stag. Two Hoots frontman Rick Broussard provided Dayton his first Austin gig, asking him onstage during a 1989 Black Cat show.

Jim Beam just picked Dayton up for a year's worth of national sponsorship, so he's about to start another round of "the never-ending tour" with his fellow road hogs. Stand-up bassist Elmo Sproat, or "Jes," is the newcomer to Dayton's threepiece, coming aboard three years ago to join Cryin' Brian Thomas on anything with strings (mostly steel) and childhood pal Eric Tucker, the "East Texas Cowboy," on the drummer's stool.

"We're gonna come back to Austin to change our underwear every three weeks and play a show," promises Dayton. "I'll be like a longshoreman – two weeks on, two weeks off, that kind of thing."

Dayton had no qualms about accepting Jim Beam's generous offer because it's a 200-year-old family owned business and, as he says, "I've been drinking Jim Beam since I was old enough to sneak into bars." He may have bought a tour bus this year, and a house off South First so he'd have somewhere to park it, but Dayton's affinity for the working man is deep-rooted and real, another byproduct of deeply blue-collar Beaumont. He numbers firefighters and oil-field hands in his extended family; his hospital-administrator dad and teacher mom, "free thinkers for Beaumont," were each the first in their families to attend college. Dayton says his upbringing was full of interesting books, travel, and art to go along with the hunting, fishing, and Willie Nelson albums. Beaumont is never very far from his mind; he makes gumbo to remind him of home.

"My parents just had their 50th wedding anniversary, so I got to go back down there and hang out with my buddies," Dayton says. "Went and ate seafood, had a crawfish boil. I love it down there. I romanticize it way more than the rest of my family because I get to travel a lot."

Dayton describes himself with a word all but forgotten in modern Texas: "You don't hear many Dixiecrats on country radio these days." No, you don't, although Country Soul Brother is No. 12 on the Americana Music Association's most recent chart. Stations seem especially fond of "Just What I Needed," the Cars classic Dayton covered because the lyrics reminded him of Ray Price. Just don't expect him to start sucking up to Clear Channel anytime soon. For all Dayton cares, the San Antonio-based media monolith, and all the third-generation Jerry Jeff Walker clones who won't shut up about Red Wing boots and Shiner Bock, can go jump in the lake.

"Texas used to be a very different place," he stews. "Politically, I'm not very happy with what's going on. I think Texas is overrun by beer companies and Clear Channel and karaoke singers."

Comfortably settled with 8-year-old son Sam in "the largest blue county in Texas," Dayton is looking forward to assembling his 10-piece Country Soul Revue, complete with horns and female backup singers, for a summer trip to Europe. (Last year he instructed a Finnish audience how to say common onstage pronouncement "mighty fine.") He owns his own publishing, and is writing the score for Balmorhea, the road-trip play he and buddy Lew Temple wrote and produced in L.A. and Houston. Their adaptation for the screen has been optioned by a production company and starts shooting in West Texas next year.

"If you're banging your head against the wall and not making any money doing your art, yeah, maybe you should get a day job and quit," Dayton says. "But I haven't had that problem yet. I guess what I'm saying is, for all the people out there in Texas that are thinking for themselves, I'm your guy. I'm the guy you want to go see."

Know what you mean, brother.

Jesse Dayton plays with Two Hoots & a Holler Thursday, Dec. 23, at Ego's, and with his band New Year's Eve at Sullivan's.