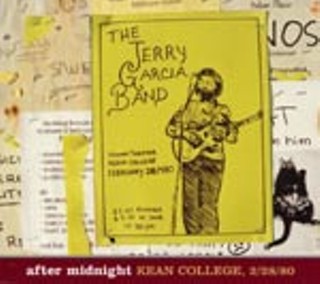 When the Grateful Dead's Jerry Garcia wasn't serving as spiritual icon for the counterculture, he was more than likely on tour with his side project, the Jerry Garcia Band. Evolving out of early Seventies collaborations with keyboardist and fellow Bay area dweller Merle Saunders that included the freewheeling Legions of Mary, the JGB coalesced by the middle of the decade and continued with its revolving personnel until Garcia's untimely death in 1995. JGB provided an avenue where the guitarist could escape the bright lights of the Dead's massive popularity and afforded him the luxury of playing in more relaxed, intimate settings. This 3-CD-long concert from early 1980 is a sterling example of what the JGB was all about: Jerry Garcia, backed by a simple rhythm section (his longtime bassist John Kahn being one-half of that tandem), jamming on some of his favorite tunes at a slow-medium tempo. There's only one song here associated with the Dead, a 15-minute long "Sugaree" to open the show and another original he co-wrote with lyricist Robert Hunter. The rest are choice covers by the likes of Dylan, Allen Toussaint, Peter Rowan, and Jimmy Cliff, songs that appeared on his various solo albums and remained active in his repertoire. In that regard, Garcia was like a jazz musician who retains an affinity for certain tunes while continually exploring their harmonic structure and constantly reinterpreting them in live performance. This is best exemplified on a lengthy, brilliant extrapolation of J.J. Cale's anthem, "After Midnight," replete with a beautifully seamless instrumental rendering of "Eleanor Rigby" tucked neatly inside along the way. On a good night and under the right conditions, Garcia could be simply magical. This was one of those nights.