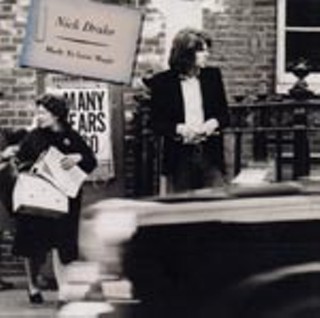 Made to Love Magic (Island)

Like Jeff Buckley, UK folk martyr Nick Drake was barely a blip on the pop-culture radar when he died in 1974 at the age of 26. Nevertheless, his desolate influence has infiltrated the work of contemporary artists like Elliott Smith and Josh Ritter, not to mention the wallets of those who buy Volkswagens. It's not just commodity culture spawning Drake's cult of personality, though. His angelic beauty and breathy vocals are enough to inspire lifelong devotion, and his haunting, ethereal lyrics are arresting. The sad fact is that Drake was a very sad young man, no more so than on his song "Magic," from which this collection of rarities, remixes, and one recently discovered song ("Tow the Line"), derives its title. "I was born to love no one, no one to love me, only the wind in the long green grass ... I was born to sail away, into a land of forever," he sings on "Magic." It's deeply saddening, given the way he drifted out of life, yet the whimsy of the string and wind arrangements draw attention away from the depressing subject matter. "River Man" is an intimate performance reminiscent of his third and final LP, 1972's killing Pink Moon, and evokes the feel that Drake is in the corner playing just for you, telling the story of his life in Cambridge. This track and "Mayfair," a similar account of life in London, were recorded in Robert Kirby's Cambridge flat in 1968. An early collaborator of Drake's, Kirby retro-fitted the string arrangements for "Magic" and "Time of No Reply." The disc ends with the last song Drake ever recorded, "Tow the Line," which sounds like what we've come to expect from a Nick Drake tune, darkness lurking on the margins. It's a shadow cast by a talent lost, and the sadness is hard to shake, no matter how good it hurts.