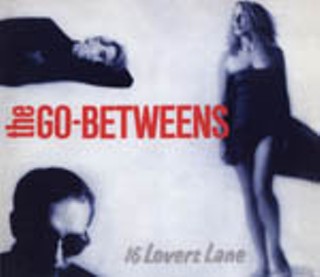 If Grant McLennan and Robert Forster have lost a step and half-step on 2000's The Friends of Rachel Worth and 2003's Bright Yellow Bright Orange, their recombination has only reinvigorated the Go-Betweens brand. Brisbane, Australia's rootsy pure pop hops are newly revisited at the heart of the group's catalog, LPs four, five, and six, each with an attendant second disc of bonus materials that relive the salad years of Aussies like Hunters & Collectors, the Church, and the Hoodoo Gurus. The Go-Betweens' Cure influences were wearing off, but still in effect on 1986's Liberty Belle and the Black Diamond Express, the upbeat strum of steel strings cascading over Robert Vickers' Motown basslines and Lindy Morrison's long run drums. Opening cleanser "Spring Rain" sets the Liberty Belle standard, even if the ample hooks of the band's best fall at intervals instead of one constant downpour. The moody sangfroid of "Twin Layers of Lightning" charges the echoing, New Wave romanticism of "In the Core of a Flame." The second disc doesn't correct Belle's slight deficiencies, but the sterling pop mockery of "Don't Let Him Come Back" and CD-ROM videos are true bonuses. Tallulah (1987) is tight, confident – the sound of a band hitching its trousers – but essayists Robert Christgau and Carola Dibbell's loving claims aside, she's still a bit thin. Violin/oboe siren Amanda Brown's added warmth grounds another perfect opener, "Right Here," witty video et al., but there's simply not enough "I Just Get Caught Out" pogo, subsumed by the pop drama of "The House That Jack Kerouac Built" and striking "The Clarke Sisters." A BBC "Kerouac" beats the LP edit by a mile. 16 Lovers Lane returns the boys and girls back to Sydney the following year, songs dipped in the wistful happiness/melancholy at the close of an era and dawn of another one. Mojo's Andrew Male provides equally rousing liner notes about this "indie Rumors" and its pair of band romances providing the marinade for a rich brew of ebullience and ache. McLennan's vibrant "Love Goes On!" and lovely "Streets of Your Town," strolling with honey Amanda Brown's harmonies, contrast Forster's poignant "Love Is a Sign." "Was There Anything I Could Do?" is the compelling middle ground. Bonuses "Cassanova's Last Words" and a live "Running the Risk of Losing You," from the band's last show in its initial incarnation, were, more or less, all the Go-Betweens wrote until Rachel Worth. Rejoice the brand.